This topic describes how to view job instance details in MaxCompute Studio.

MaxCompute Studio provides the following methods to view the details about a MaxCompute job instance: 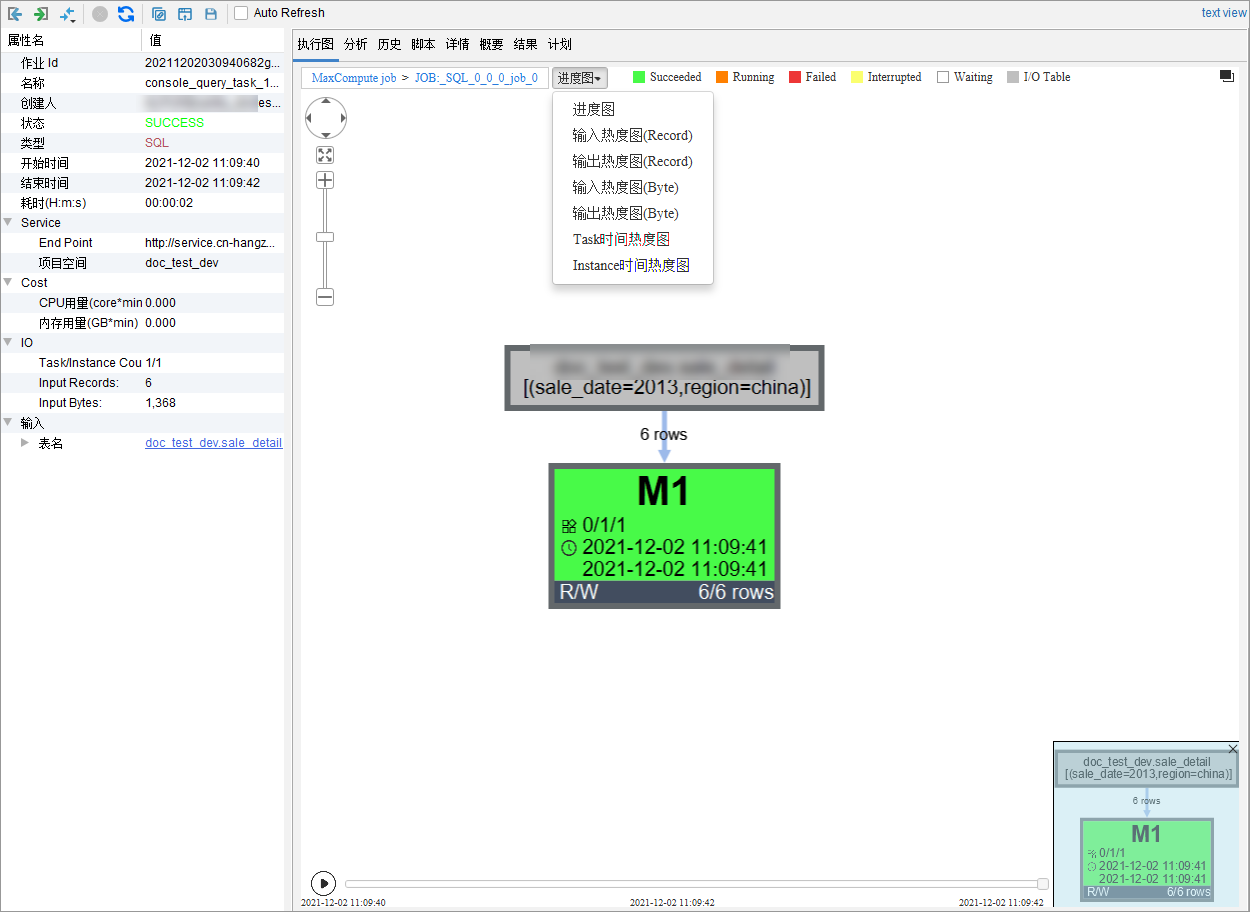 You can double-click a table name to view the basic information about the table.

The Execution view is used to display the job dependencies in the Fuxi Job, Fuxi Task, and Operation layers. It also provides a series of auxiliary features, such as job playback, progress view, and heat map view to support troubleshooting. 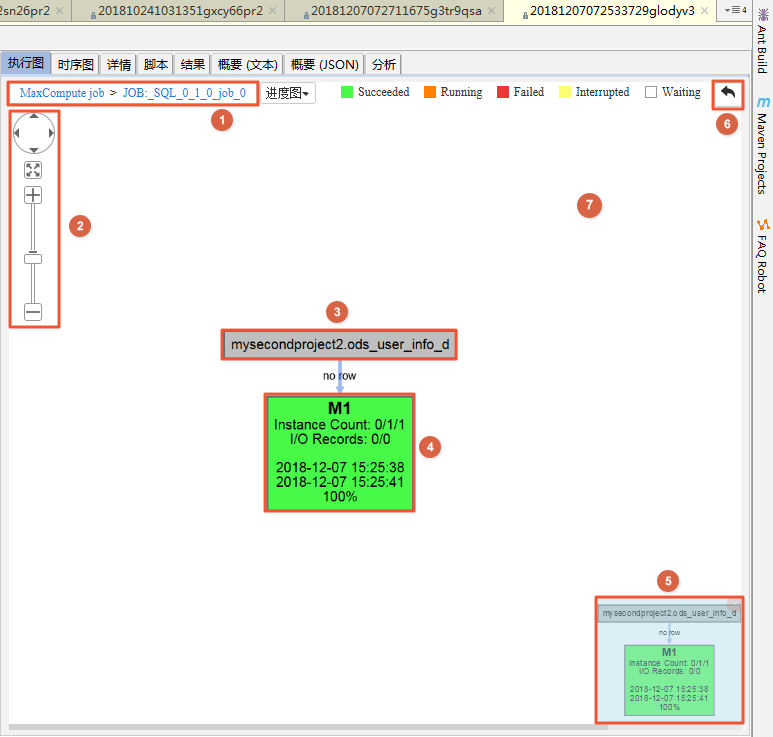 The following table describes the meanings of the marked elements in the Execution view.

The Details view displays details for SQL data manipulation language (DML) jobs. This view displays the Fuxi task lists and compute worker lists of SQL DML jobs on the compute cluster. In most cases, each job is associated with one or more Fuxi jobs. Each Fuxi job is divided into multiple Fuxi tasks (stages), and each Fuxi task contains multiple Fuxi instances (workers). You can right-click a Fuxi instance to view the standard output, standard errors, and debugging information.

The meanings of the marked elements in the Details view:

MaxCompute Studio provides the job playback feature. You can view the execution history of a job within 12 seconds in the same manner as playing back a media file. This feature helps you understand the status of a MaxCompute job instance at different time points. You can determine the order and the amount of time to run subtasks and obtain the key path to run the job. This allows you to optimize subtasks that run slowly.

The Timeline view displays the details for the distributed execution of a job in a Gantt chart. You can adjust the display granularity to show all compute workers in a Gantt chart. Gantt charts display the time bottlenecks and long-tail workers of running jobs. You can also use multiple filters to select the key path, the largest data worker, and the worker that consumes the longest amount of time during the job execution.

The Result view displays result information based on the job type and the parameters that are set when you submit the job.