This topic describes how to use the data mining components that Machine Learning Platform for AI (PAI) provides to perform offline scheduling in the scenario of ad click-through rate (CTR) prediction.

The experiment described in this topic is conducted in the following procedure:

The dataset used in this experiment is generated by using a random number generator. Therefore, the experiment result is not evaluated. This topic describes only how to create an experiment and perform offline scheduling in DataWorks. 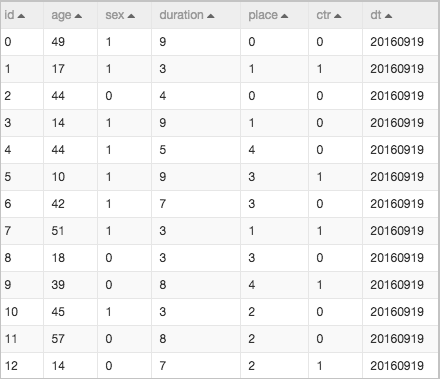