The following figure shows the network topology that is adopted by Function Compute-based edge applications. 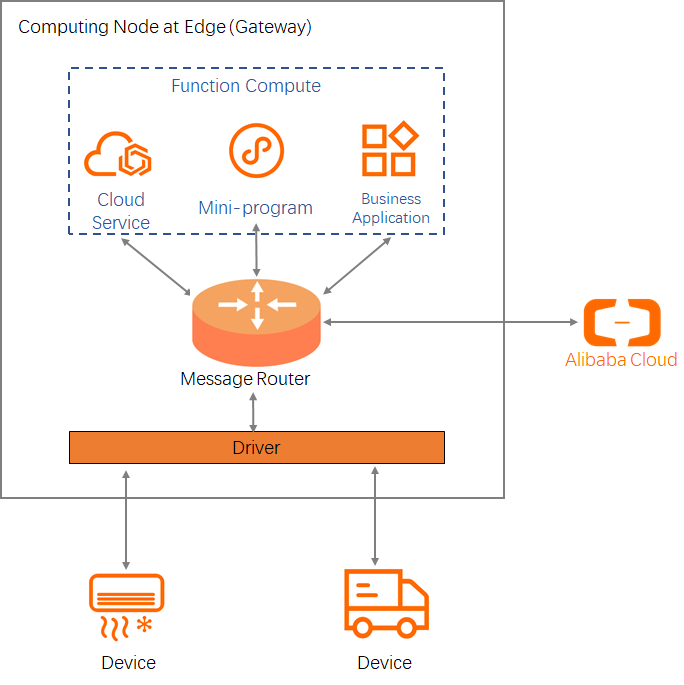 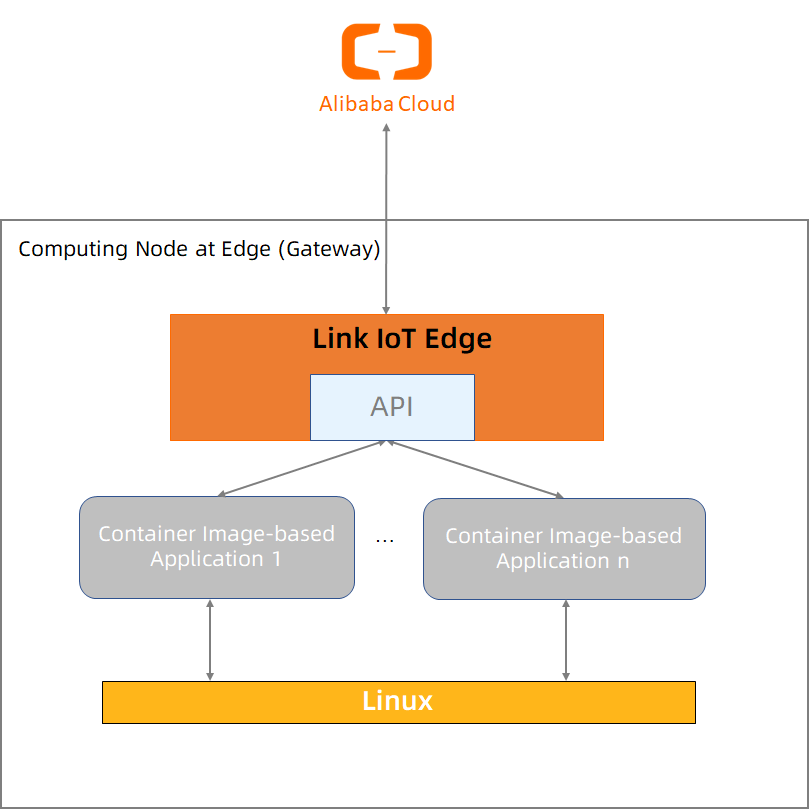 Procedure for using an edge application