Scenario orchestrations deployed at the edge enable quick response to local messages and can take proper effect in cases of network disconnections. This topic takes the following scenario as an example to describe how to configure scene rules: The Light device is turned off when the light detected by the LightSensor device is greater than or equal to 500 lumens. The Light device is turned on when the light is less than or equal to 200 lumens. 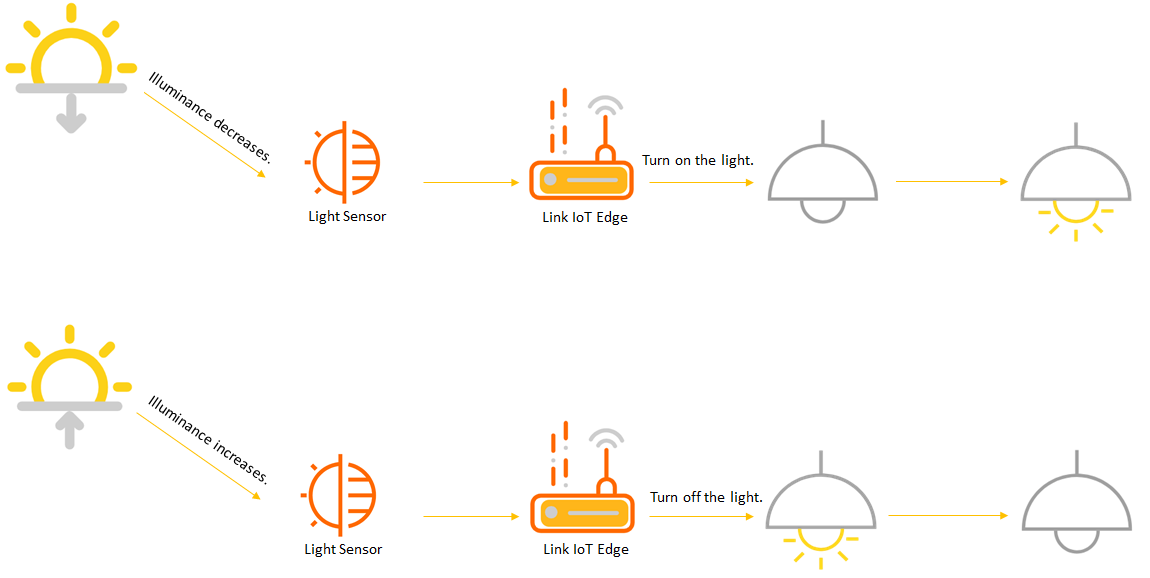 Previous: Scene orchestrations in the cloud Next: What are edge applications?