How GameShield defends against DDoS attacks 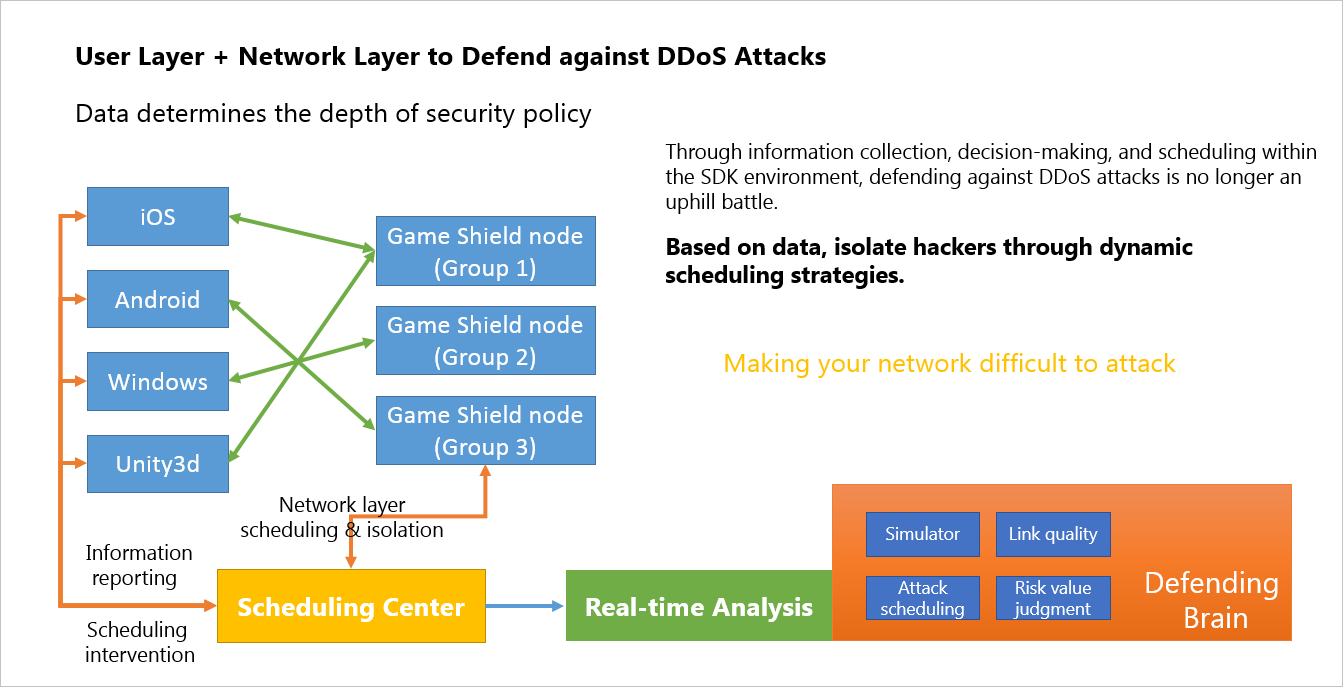 Unlike the standard Anti-DDoS Pro or Anti-DDoS Premium data center, GameShield does not defend against attacks by using massive bandwidth, but uses the distributed anti-DDoS nodes. These nodes split and disperse attacks so that the attacks are not concentrated on a specific point. GameShield isolates attackers by using dynamic scheduling policies based on data generated by Software Development Kit (SDK) calls and traffic data. 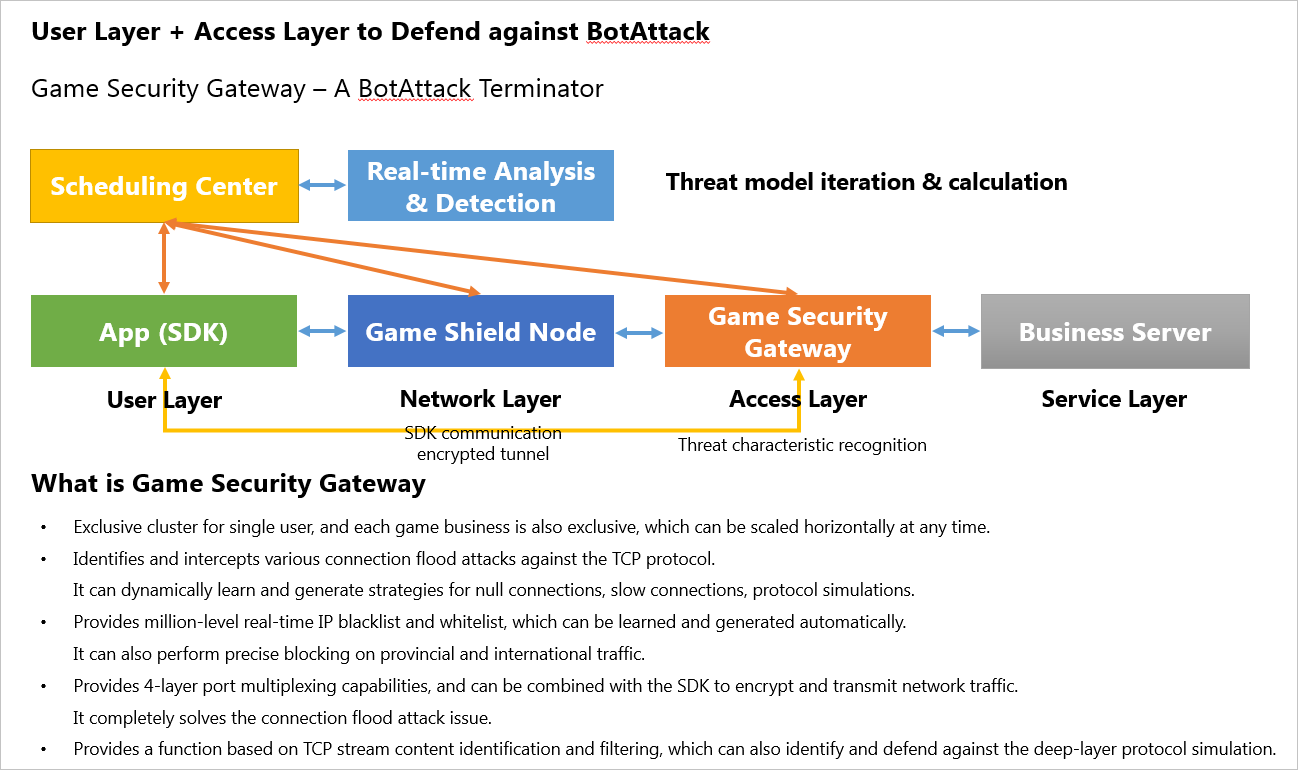