bsearch_querybuilder is also known as an advanced query. It is a frontend plug-in. This plug-in provides a visual interface in which you can create complex queries without the need to write complex domain-specific language (DSL) statements. 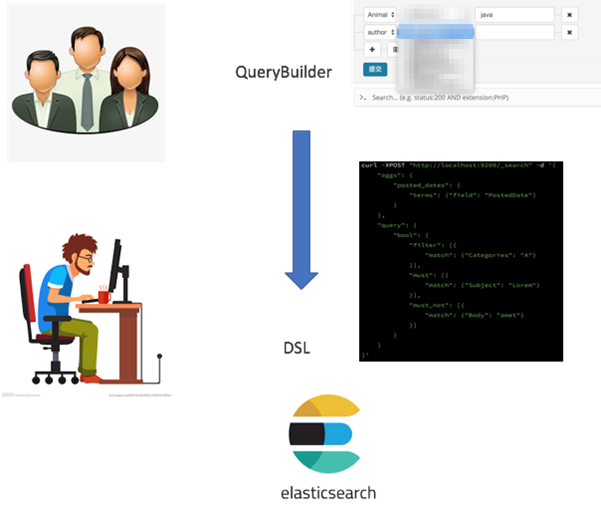