The overall architecture of AntUI is similar to block building. The AntUI unified control system is built from bottom to top:

The following table describes the layers of the architecture from bottom to top.

It represents modular visual specifications. It is the foundation for building the AntUI system and mainly contains the atomic resources, atomic controls, and Iconfont icon.

The common layer is the core unification module of the AntUI, that is, the unification control module most commonly used by the client. It contains the common resources, basic controls, and style manager.

The Application layer provides capabilities such as differentiated processing and HTML5 container support. This layer solves the conflict between unification and platform personalization.

There are many different scenes for H5, such as pop-up windows and title bars. To keep platform features in the visual experience with HTML5, AntUI defines a unified JSAPI for HTML5 containers. This facilitates the evoking of platform widgets for differentiated processing of HTML5 pages on Android and iOS. 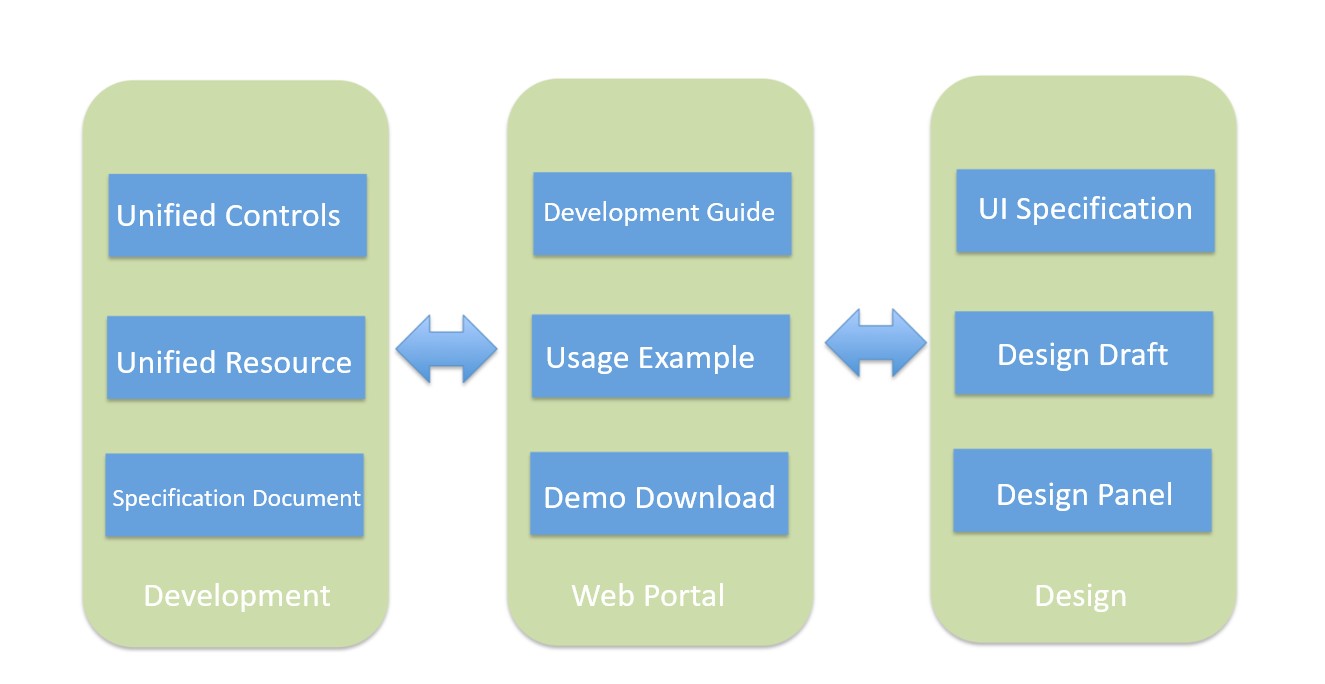