HammerDB is an open-source database load testing and benchmarking tool. It can be used to test the database systems running in all types of operating systems. It can run in Linux and Windows. HammerDB features automatic running, multithread support, and dynamic scripts extension. Currently, HammerDB supports a variety of databases, including mainstream databases such as Oracle, SQL Server, DB2, TimesTen, MySQL, MariaDB, PostgreSQL, Greenplum, Postgres Plus Advanced Server, Redis, and Trafodion SQL on Hadoop. HammerDB has a built-in baseline workload compliant with the TPC-C industrial standard.

Install HammerDB as instructed by the installation wizard.

After HammerDB is installed, the following page appears: 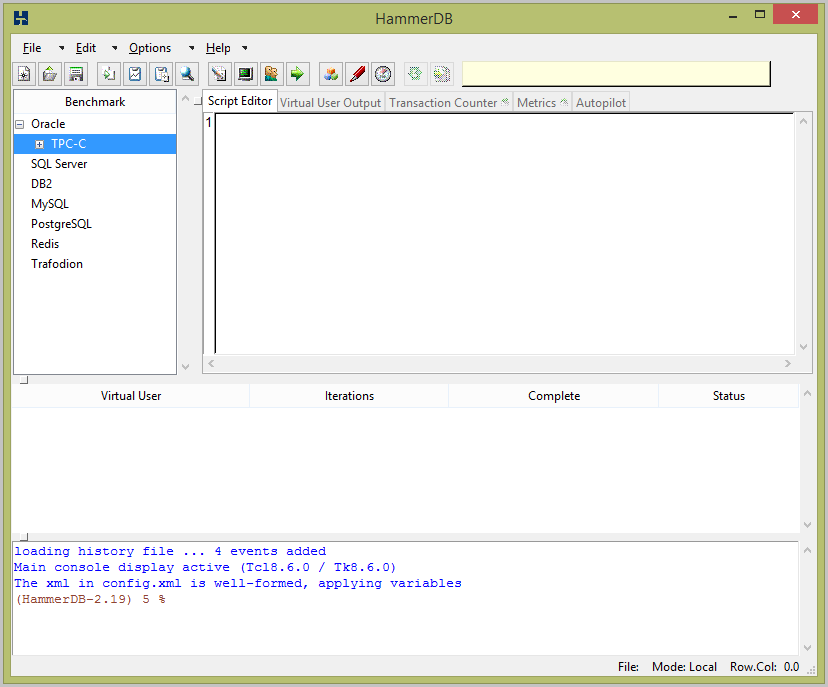