Message Queue for MQTT supports a range of protocols, languages, and platforms, and is widely used in mobile Internet and IoT fields. This service is applicable to various scenarios, such as mobile live streaming, Internet of Vehicles, finance and payment, smart catering, and instant messaging. 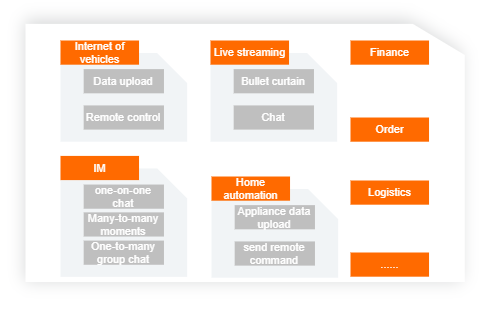