This topic describes how to resolve the issue of unexpectedly high traffic over the internal network for Elastic Compute Service (ECS) instances.

On the Host Monitoring page of Cloud Monitor console, the inbound traffic over the internal network is unexpectedly high for an ECS instance, as shown in the following figure. 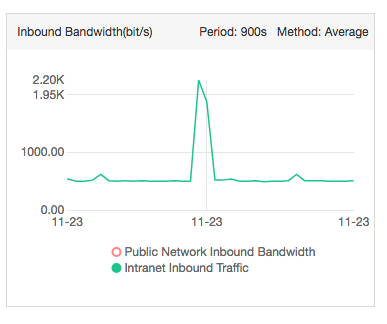