Spark Data Source API V1 is used in the example to describe how Spark Structured Streaming works in the micro-batch mode.

If the upstream database is a distributed NoSQL database, it is difficult to connect the database to the micro-batch operation of Spark Structured Streaming. This is because the database provides a Change Data Capture (CDC)-based streaming operation, which uses the continuous streaming mode and does not provide the Seek feature. If data is obtained in the GetOffset stage in advance, the desired EndOffset value can be obtained. However, additional Resilient Distributed Dataset (RDD)-based computing must be performed in advance and the obtained EndOffset value must be persisted to the cache. This degrades the performance of Source. 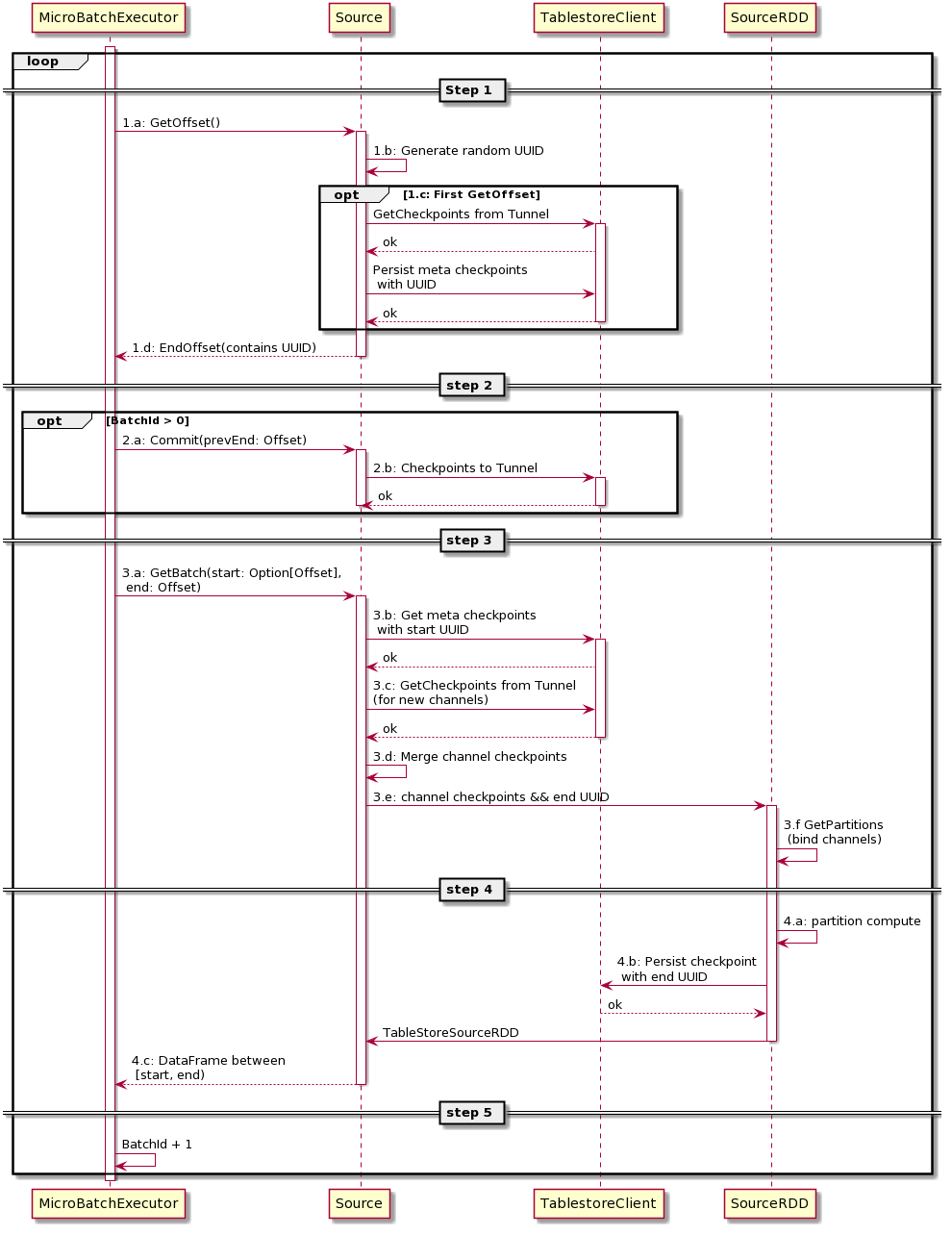 The overall process is implemented by the GetOffset, Commit, and GetBatch steps by using loops. Each loop corresponds to a batch operation of Spark Streaming.