When a developer attempts to run HTML5 application after completing the basic access, the container page displays “The system is busy, please try it again later” as shown in the following figure: 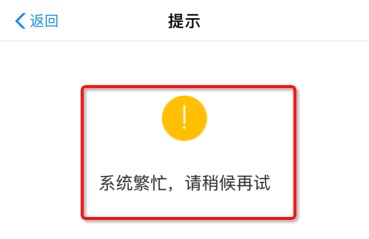 Check whether the HTML5 App information and release status are correct.