Charles and Fiddler can help capture and analyze problems that occur at the HTTP layer. To analyze problems that occur at the TCP/IP layer, you must use the tool for capturing and analyzing TCP packets. Wireshark for Mac and Windows, Network Monitor for Windows, and TCPDUMP are common tools that you can use to capture packets at the network layer. Common network-layer problems include SSL handshake failure, TCP link interruption, and retransmission.

This topic describes how to use Wireshark and TCPDUMP.

Download the installation package on the [Wireshark official website] (https://www.wireshark.org/). Start Wireshark after installation, and the main interface is as follows. Note that the interface versions of Mac and Windows are slightly different. 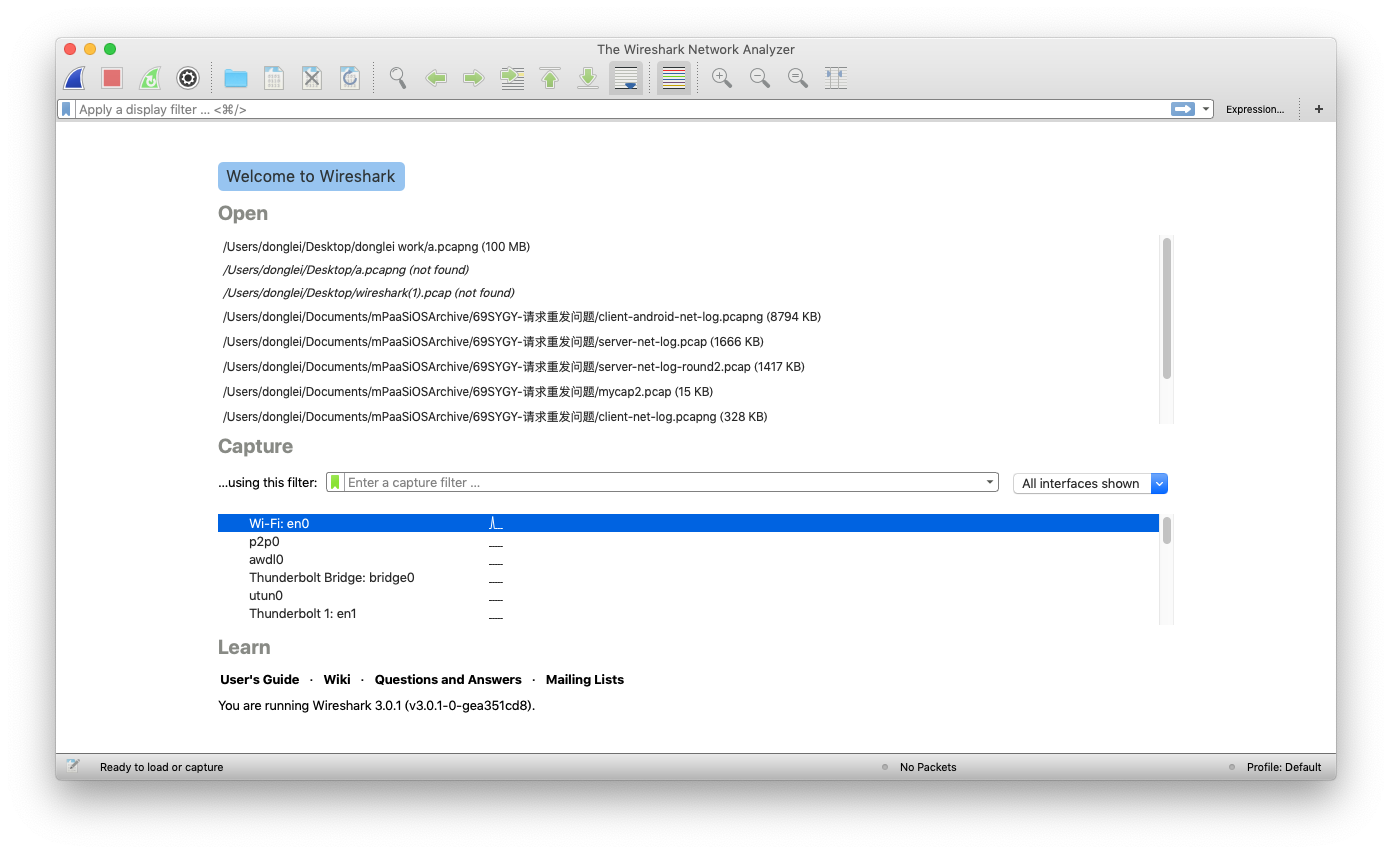 Take the local host as an example, double-click Wi-Fi: en0 interface and start to capture the packets passing through the network card interface. 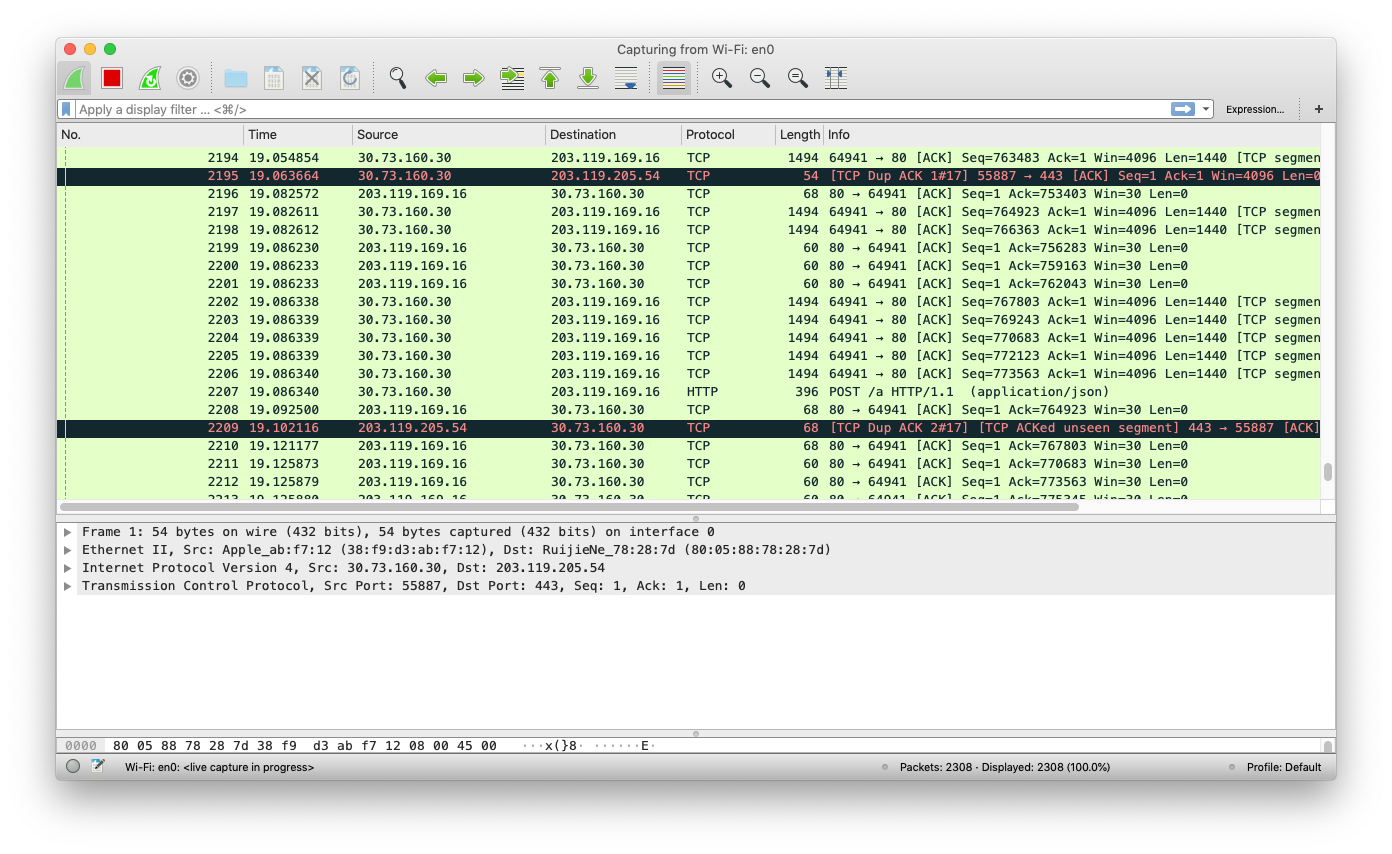 TCPDUMP is a compact analysis tool for packet capture through the command line. Although the ease of use is slightly worse than Wireshark, the benefit is that TCPDUMP can run on more platforms and environments. TCPDUMP is convenient to capture packets directly on the client or server.

TCPDUMP supports different parameters in different environments. We recommend that you confirm the currently supported parameter types and usage methods through the man tcpdump command.

Common commands are as follows:

This section describes how to capture packets at Point A, which is the client exit.

where rvi0 is the name of the virtual network card.

To capture packets at the Android client exit, you need to obtain the root permission in advance, and use Android Debug Bridge (ADB) to run the tcpdump command.

Packet capture on an intermediate device

This section introduces the packet capture method at Point B, which is the entrance of the access device.

Packet capture on a server

As shown in the figure at the top of the topic, some problems require packet capture on the server. This section takes TCPDUMP as an example.

Previous: How to capture HTTP messages(macOS/Charles) Next: How to know the page issue is related to HTML5 container