This topic describes the features that you need to know about before you configure a project.

You need to use the following features when you create a project:

Spatial interpolation is used to convert scattered measurement data into a continuous statistical surface to assess the distribution patterns of spatial information.

Spatial interpolation allows you to calculate the data of any other locations based on the data from known monitoring stations. Then, you can fill in the colors based on the temperature ranges to generate an isothermal map.

In this example, DataV interpolates the known measurement data of scattered points into a continuous statistical surface to produce an isothermal map.

The timeline widget allows you to view air quality changes over a period of time. 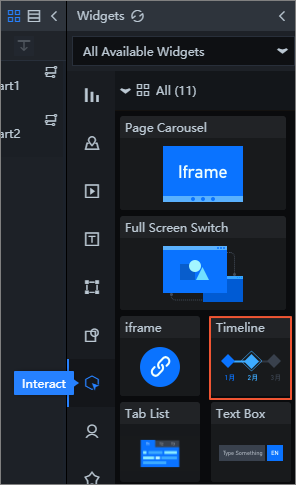 Note You can also use the callback ID in a SQL statement in the format of :Callback ID.