If a node in a baseline or an ancestor node of the node fails to run, or a node on the key path slows down, an error or slowdown event is generated. You can view the information about the event on the Events tab.

DataWorks can identify an exception that prevents a node in a smart baseline from being completed on time and send you an alert notification about the exception at the earliest opportunity. This ensures that important data is generated within the expected time frame in scenarios in which dependencies between nodes in a baseline are complex.

Note If a node slows down and then encounters an error, two events are generated. 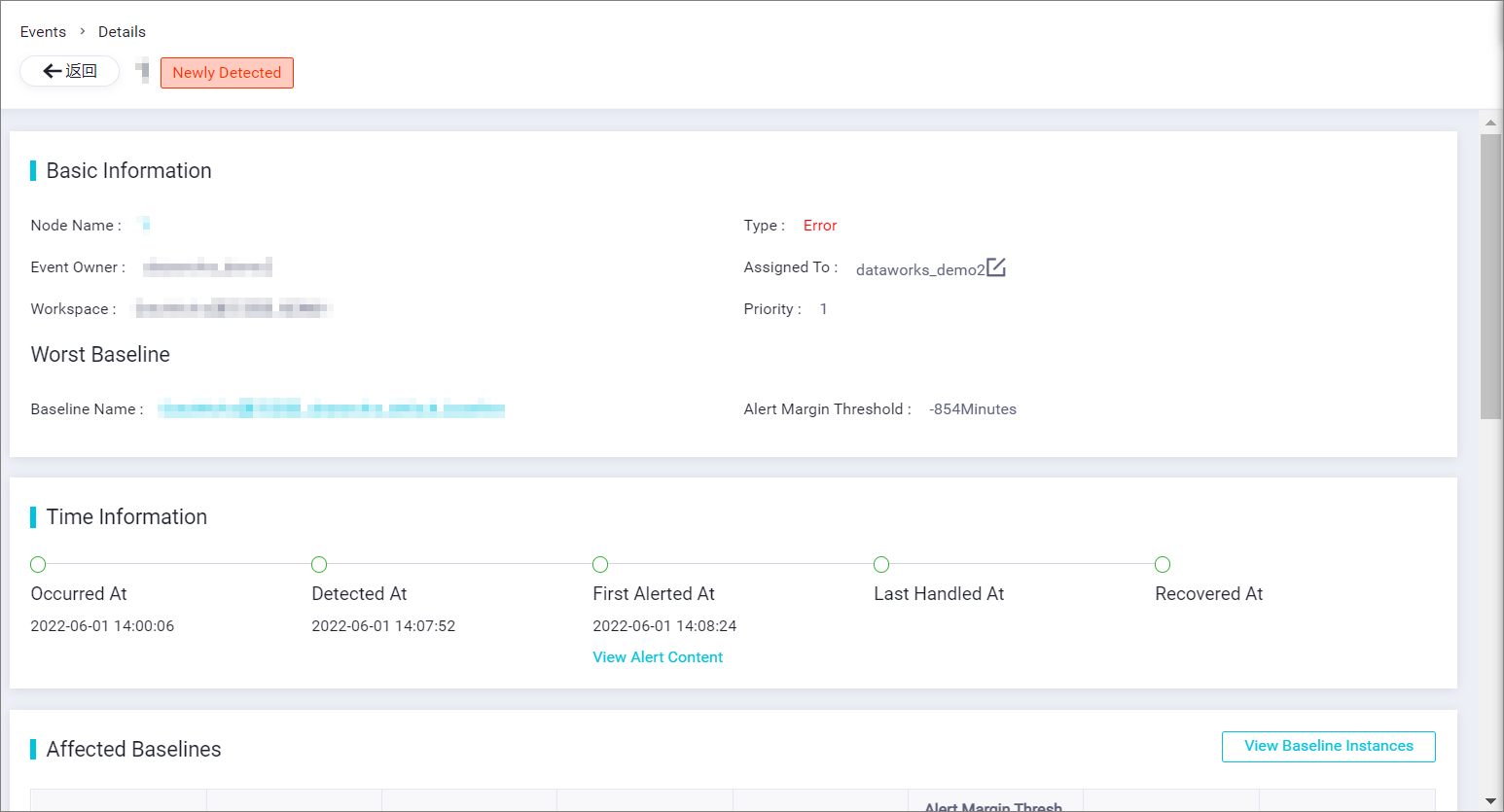