How an ACK cluster is updated

The following section describes how an ACK cluster is updated and the steps that are involved in the update process. 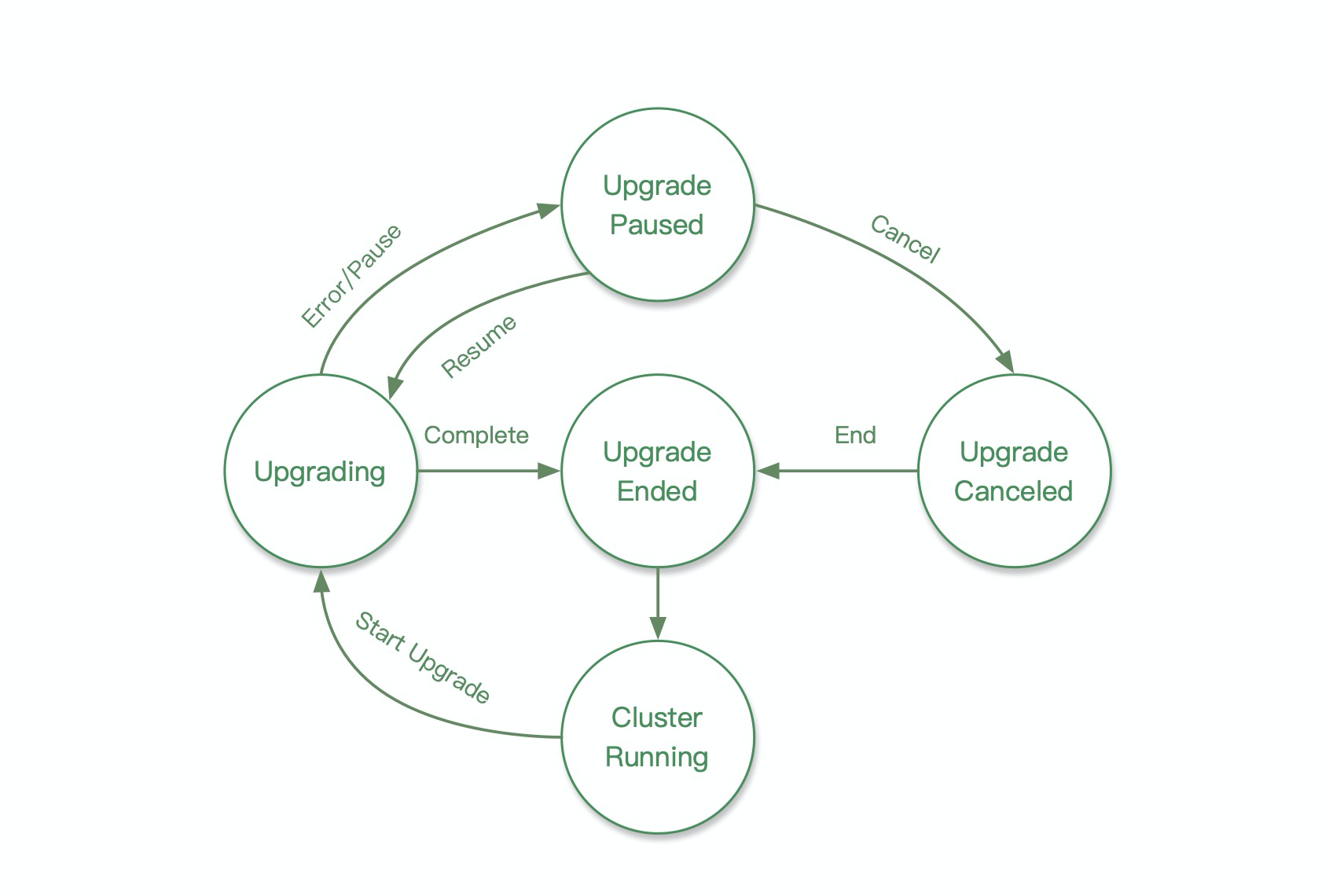 The update policy defines how the ACK cluster is updated. The default policy is batch update. Batch update is performed during the worker node update phase to update worker nodes in batches. The policy works in the following manner:

After you start the update process, a precheck is automatically performed to detect potential update issues. The precheck includes multiple check items to ensure that the cluster can be successfully updated.

If your cluster contains configuration errors or potential risks, the cluster fails to pass the precheck, as shown in the following figure.

Click View Details. You are redirected to the details page on which you can check the cause of the failure.

You can pause the update process anytime when the update is in progress.
Note

After you pause the update, you can click Continue to resume the update process.

If an error occurs during the update, the system automatically pauses the update process. The cause of the error appears in the lower part of the page. You can troubleshoot the error based on the provided information or Submit a ticket.

After you pause the update, you can click Cancel to cancel the update.
Note

Before you update a cluster, you must check the health status of the cluster and make sure that the cluster meets the update requirements.

If issues are found in the cluster, you must resolve the issues before you can update the cluster. If you require technical support, Submit a ticket.

After the update is completed, you can go to the Clusters page and check the Kubernetes version of your cluster.

Previous: Update expired certificates of a Kubernetes cluster Next: Increase the number of nodes in an ACK cluster