API Gateway supports the following types of plug-ins. You can click each plug-in type to view information about the plug-in type. 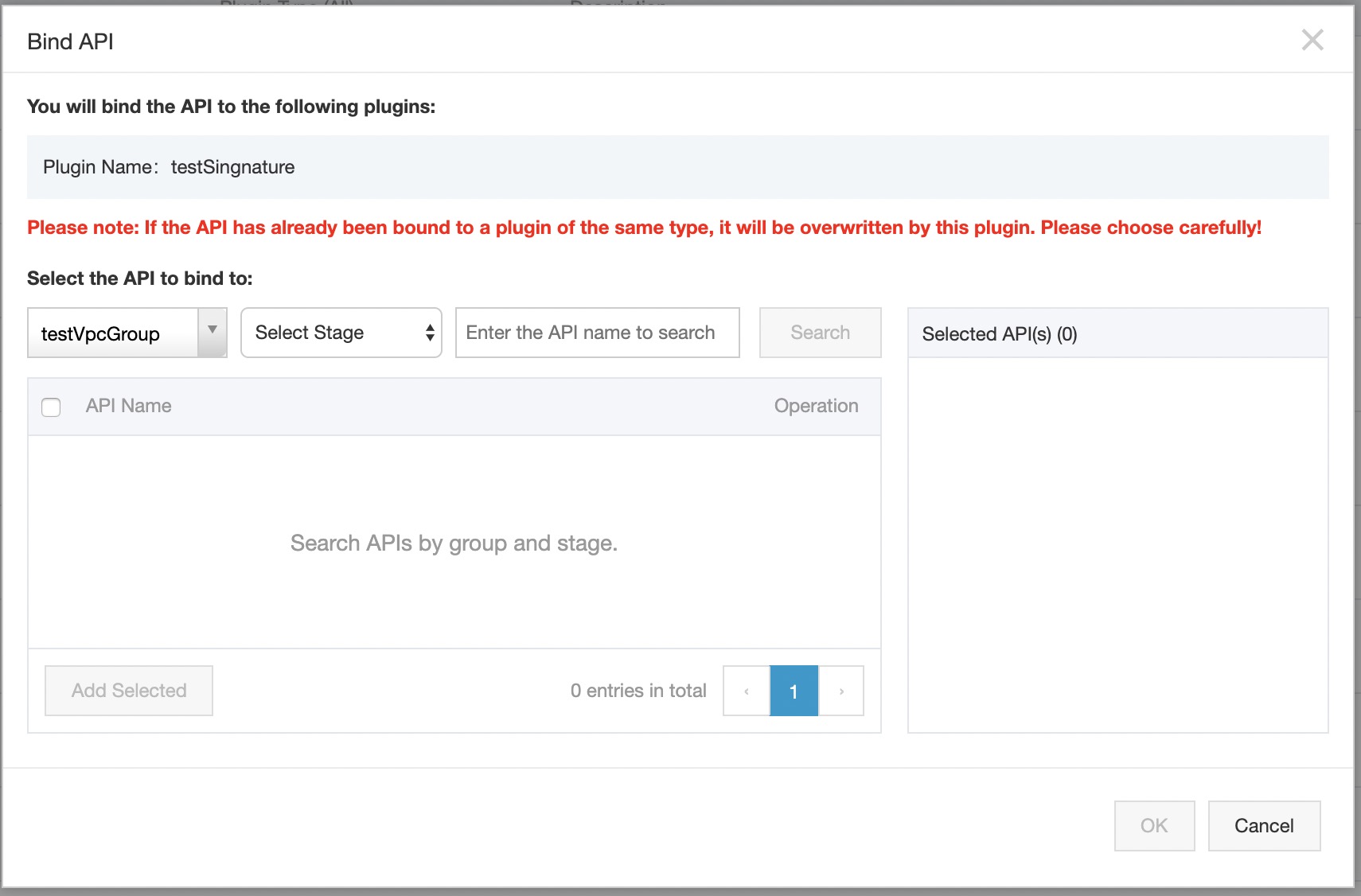 You can use the following API operations to manage plug-ins in API Gateway: