AnalyticDB for PostgreSQL V4.3 adds write locks to tables to prevent global deadlocks when UPDATE and DELETE operations are performed. This method provides lower performance for concurrent updates, so AnalyticDB for PostgreSQL V6.0 introduces global deadlock detection. The global deadlock detector (GDD) process collects and analyzes the lock wait information in an instance. If a deadlock is found, the GDD process terminates the process that caused the deadlock to improve the performance of simple query, insertion, deletion, and update operations in high concurrency scenarios. 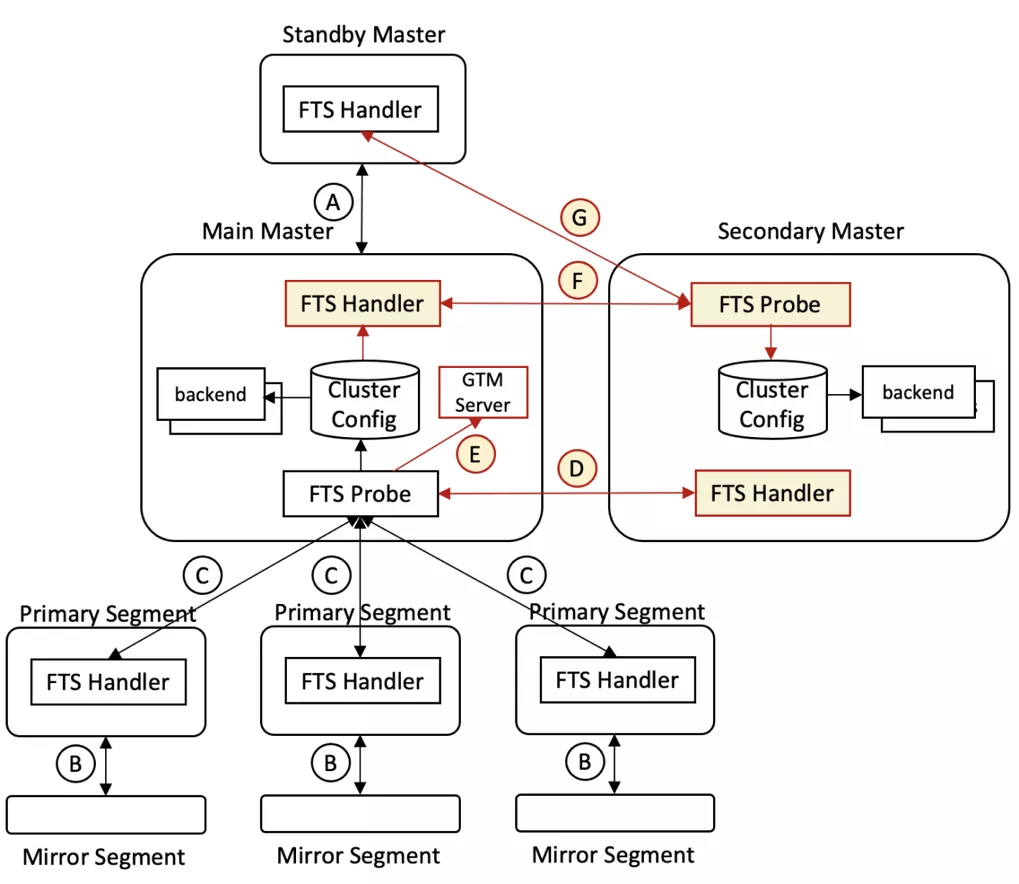 Fault tolerance and high availability are implemented based on the following steps: