Service
The following issues may occur when you access pods instead of accessing the application that runs on the pods:

A service is an object in Kubernetes. It can be used to address the preceding issues. Each service is assigned a static IP address. A service forwards traffic destined for the IP address of the service to pods. The label selector determines to which pod the traffic is forwarded. A service also serves as a load balancer for pods. For more information, see Create a service.

An Ingress provides external access to services within an ACK cluster. It can expose the URL of the cluster, function as a load balancer, terminate SSL connections, and route HTTP requests. The cluster administrator must deploy an Ingress controller to configure Ingress rules. The Ingress controller monitors changes of Ingresses and services, configures rule-based load balancing, and provides access endpoints.

Components of an Ingress

For more information, see Create an Ingress on the web UI.

Virtual Private Cloud (VPC) is a type of private network provided by Alibaba Cloud. VPCs are logically isolated from each other. You can create and manage cloud services in VPCs, such as ECS instances, ApsaraDB RDS, and SLB instances.

Each VPC consists of a CIDR block, a VRouter, and at least one VSwitch. 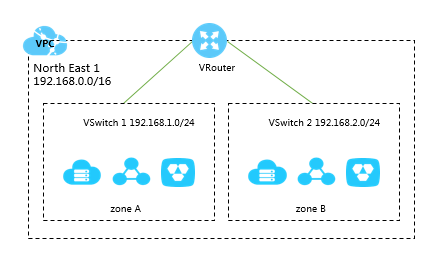 SLB consists of the following components: 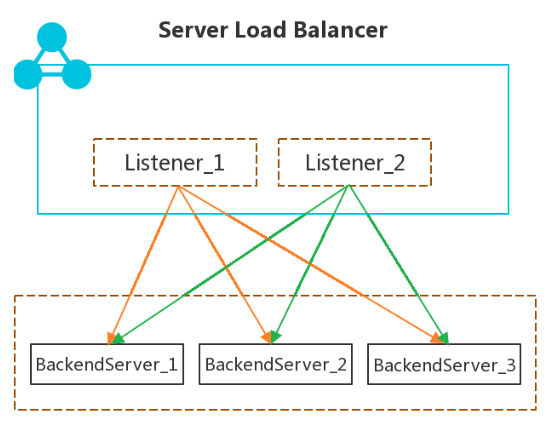 Terway is a network plug-in developed by ACK. It is fully compatible with Flannel. Terway allows you to perform the following operations:

In a container network that has Terway installed, each pod has a separate network stack and is assigned a separate IP address. Pods on the same ECS instance communicate with each other by forwarding packets inside the ECS instance. Pods on different ECS instances communicate with each other through a VRouter in the VPC. This improves communication efficiency because no tunneling technologies such as Virtual Extensible Local Area Network (VXLAN) is needed to encapsulate packets.

Network policies are Kubernetes resources that select pods based on labels and define communication rules for the selected pods. For more information, see Use a network policy.