This topic shows you how to manage versions by using the version management feature of Function Compute. 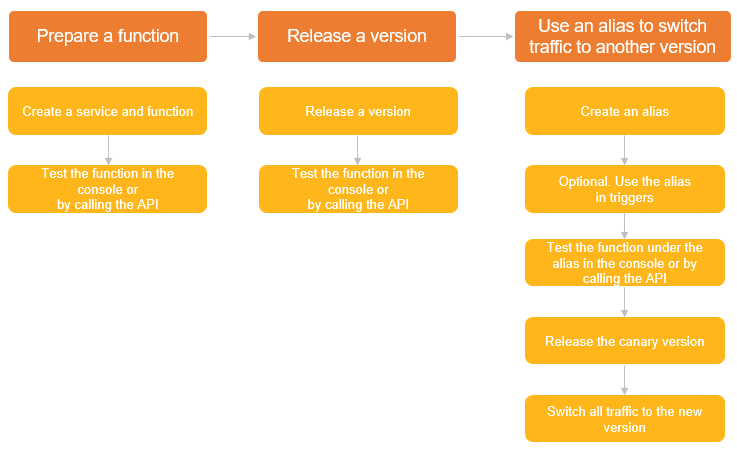 View the version for a function

To view the version or alias for a running function, add the following code to the function. In this example, the code is written in Node.js.
The following part describes the parameters in the preceding code:
Previous: Manage aliases Next: Prepare a function