This topic describes how to use Express Connect to allow Elastic Compute Service (ECS) instances in different VPC networks to communicate with the same Cloud Storage Gateway (CSG) instance.

shows how to configure networks, Express Connect, and security groups to enable ECS instances in three different VPC networks to communicate with the same CSG instance. 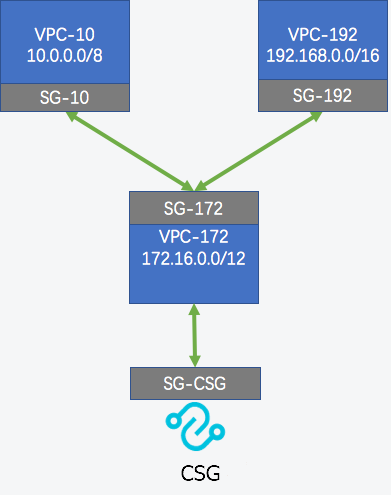 Previous: Use CEN to connect ECS instances to a CSG instance Next: Integration with Cloud Monitor