Impact of performance modes on billing

The following table describes how additional fees are charged in the unlimited mode.

In the preceding figure, the hourly pay-as-you-go price is calculated based on the configurations of the ecs.t5-lc1m2.large burstable instance (such as baseline CPU performance of 10% and two vCPUs) and the prices of the overdrawn CPU credits (such as for a Linux instance in the China (Beijing) region). For other instance types, the calculation method is the same, but the specific CPU utilization threshold is different.

You can learn from the figure that when the burstable instance starts to consume the overdrawn CPU credits:

Therefore, you can choose instance types based on the expected CPU utilization threshold to ensure service availability and control your costs. 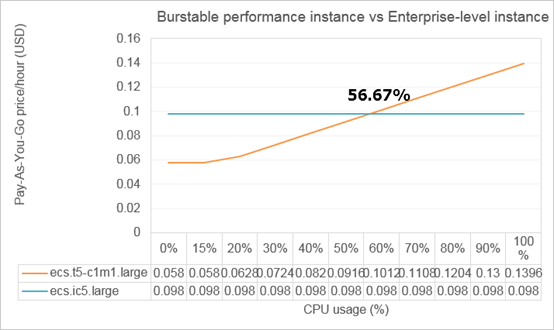 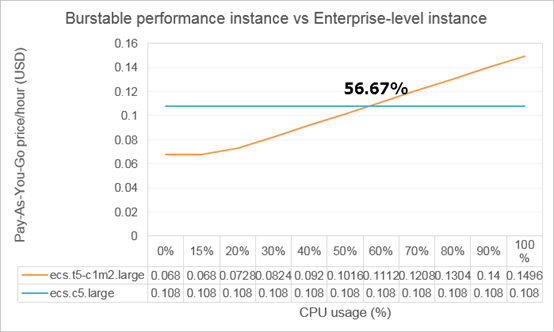 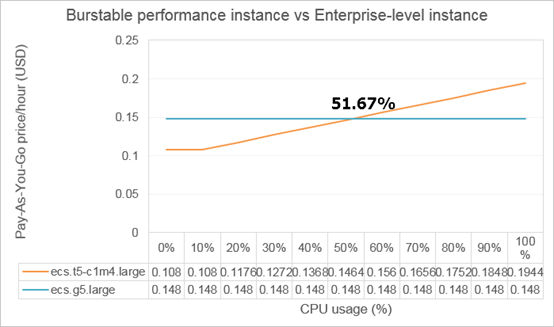 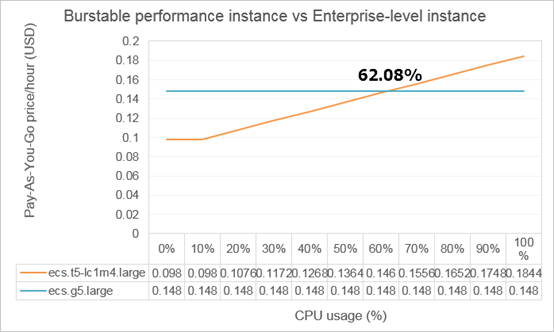