This article describes how to import a Red Hat Enterprise Linux (RHEL) virtual machine image to Alibaba Cloud, a Red Hat certified cloud and service provider, and use it to create an ECS instance in the console. This article applies to RHEL 6.9, 6.10, 7.4, and 7.5.

Limitations of custom RHEL image to run in Alibaba Cloud

The RHEL image to be imported to Alibaba Cloud must meet the following requirements:

Before you begin, make sure of the following:

The following figure and steps illustrates how to import a RHEL virtual machine image and create RHEL instances from it in the ECS console. 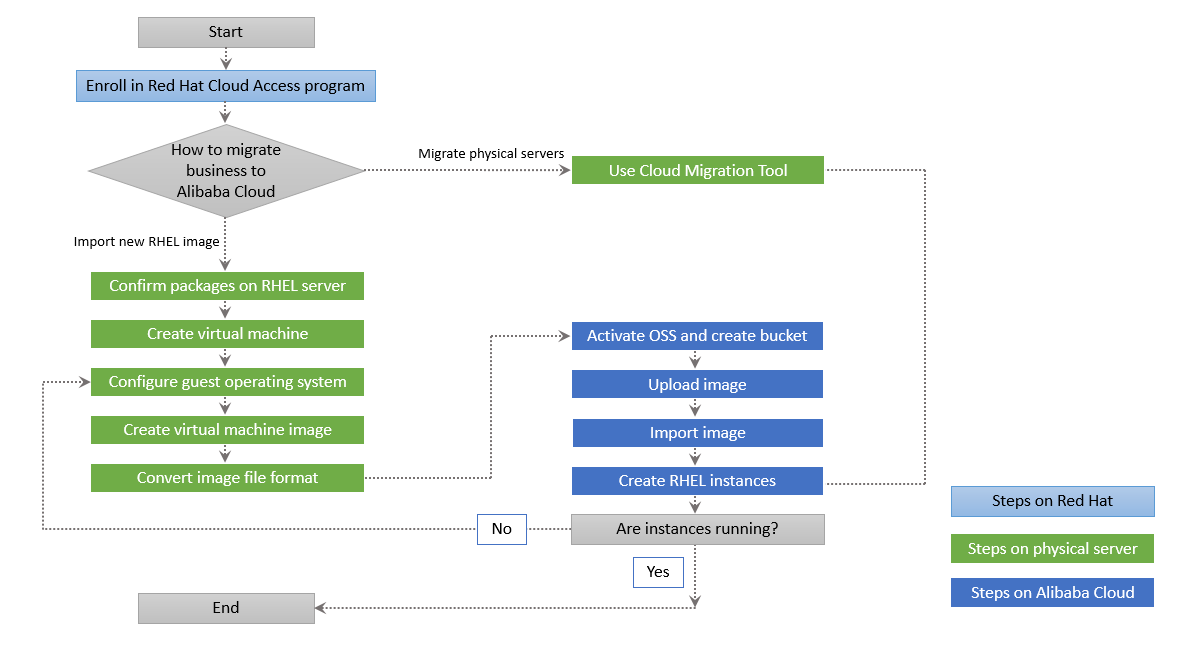 Next: 1. Enroll in the Red Hat Cloud Access program