This topic describes how to use the data forwarding feature of the rules engine in IoT Platform to build an M2M communication architecture. A connection between a smart lamp and a mobile app is used as an example.

The following figure shows the procedure to control the smart lamp through the mobile app. 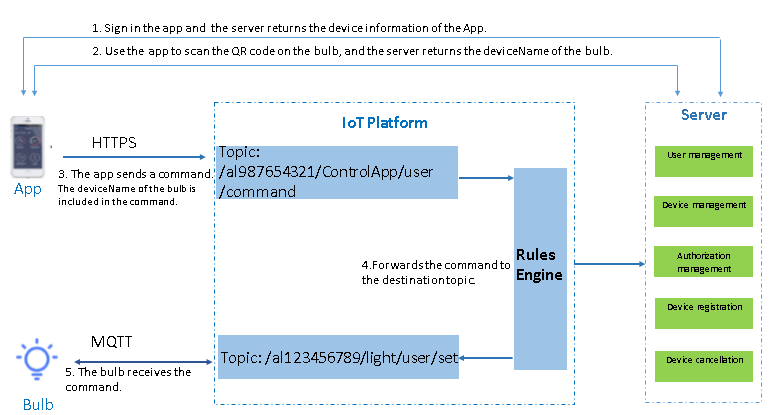