Assume that you come home from work at 18:00 every day. In the summer, you hope that the indoor temperature is cool and comfortable when you get home. In this case, you can create a rule to automate the air conditioner. 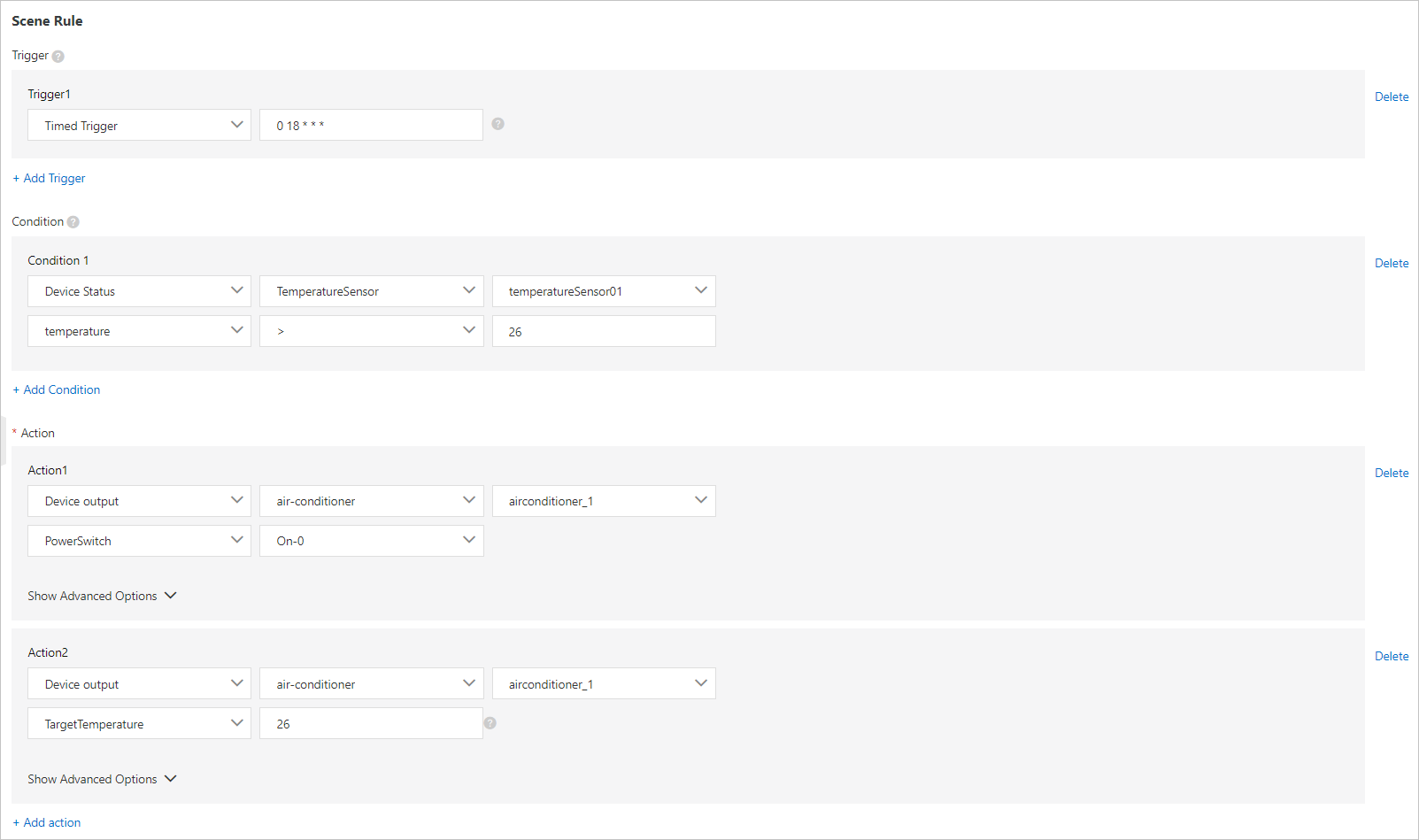 Previous: Publish built-in drivers Next: Scene orchestrations in the cloud