You can implement SAG by using one of the following methods:

The following figure shows how you can use SAG devices to connect on-premises data centers, office branches, and stores to Alibaba Cloud. You can also use SAG APP to connect PCs and mobile phones to Alibaba Cloud. For other branches, you can connect them to Alibaba Cloud by using SAG vCPE. Cross-region Cloud Enterprise Network (CEN) instances allow your private networks, such as virtual private clouds (VPCs) that are deployed in different regions, on-premises data centers, office branches, and mobile devices, to communicate with each other. 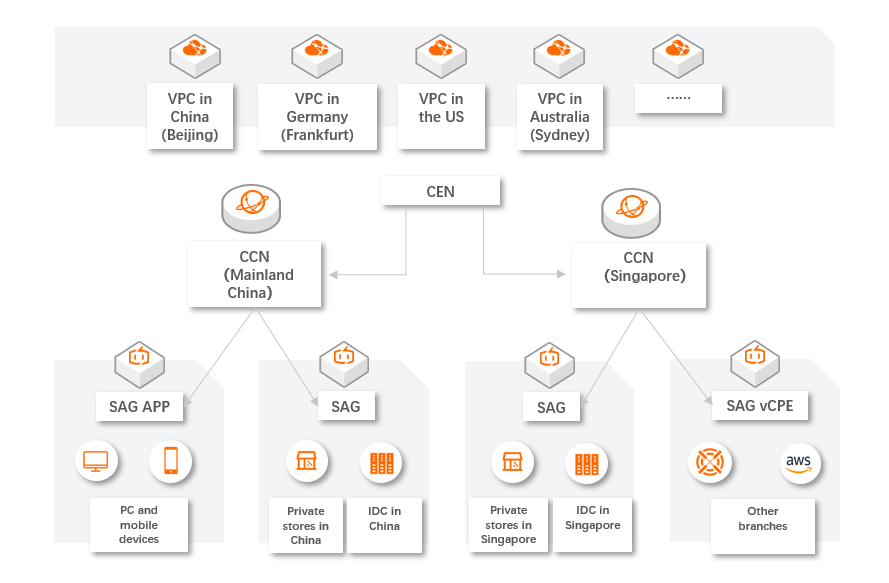 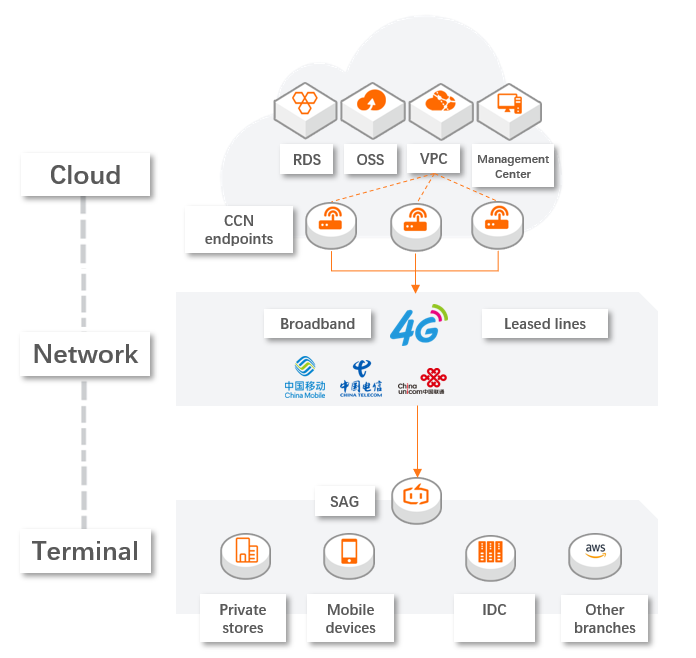 Previous: Announcement of the SAG app for iOS Next: Deployment modes