A user has 500 TB of data stored in the Guangzhou region of Tencent Cloud Object Storage (COS). The user wants to use ossimport to migrate the data to an bucket in the China (Hangzhou) region of OSS within one week. The business runs properly during the migration process.

ossimport can be deployed in standalone mode or distributed mode:

To migrate a large amount of data, deploy ossimport in distributed mode.

The process of migrating data from a third-party storage service to OSS in distributed mode is as follows: 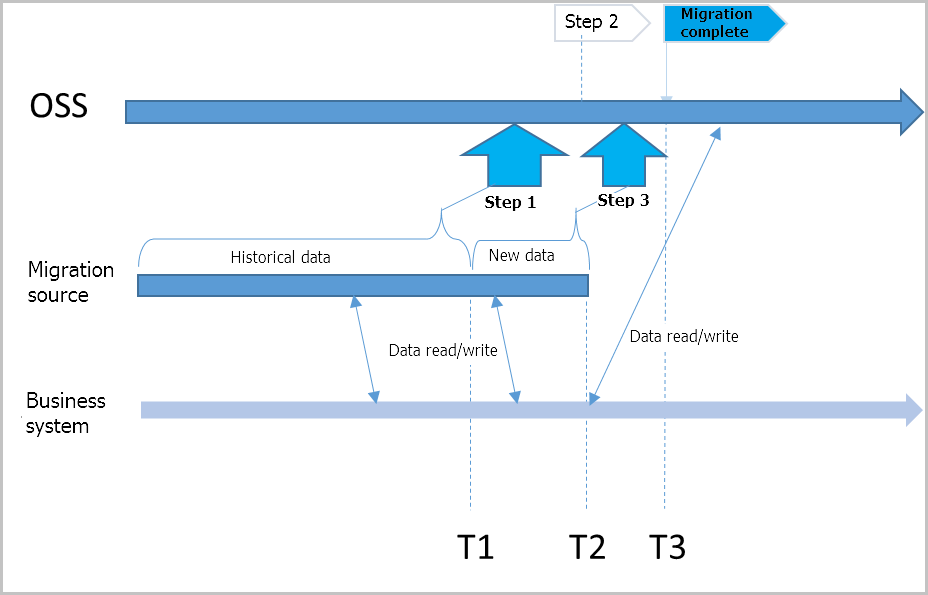 Costs involved during the migration process include the fees incurred when the source and destination buckets are accessed, outbound traffic fees for the source bucket, ECS instance fees, data storage fees, and time costs. If there is more than 1 TB of data to be migrated, the storage cost is proportional to the migration period. Compared with the data transfer and storage fees, fewer fees are incurred when you use ECS. Having more ECS instances shortens the migration period.

For more information about ossimport, see the following topics: