ApsaraVideo Player is free of charge. We recommend that you use it with services such as ApsaraVideo VOD, ApsaraVideo Live, and ApsaraVideo for Media Processing to obtain better experience. For example, you can switch between multiple resolutions, securely play videos, and download encrypted videos.

How do I upload and play a video on the client? 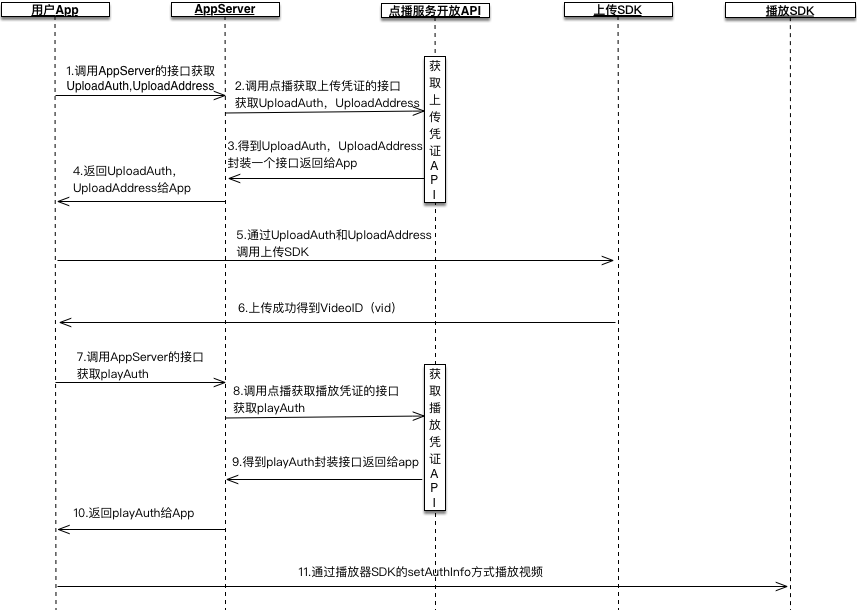 What can I do if ApsaraVideo Player SDK for iOS cannot play videos in the background?

ApsaraVideo Player SDK for iOS cannot play videos in the background after you press the Home button, even if you use the demo. To resolve this issue, perform the following steps:

What are the updates in each version of ApsaraVideo VOD?

How can I obtain a playAuth for player debugging during client development?

During client development, you can use a Python script to obtain a playAuth for debugging. Perform the following steps:

Note When you use this method to obtain a playAuth, make sure that the playAuth is within the validity period. A playAuth is valid only for 100 seconds. The most possible reason for playback failures is that the playAuth expires.
Previous: FAQ about ApsaraVideo Player for web Next: How can I obtain a security file?