This topic answers some of the most frequently asked questions regarding Classless Inter-Domain Routing (CIDR) blocks.

CIDR is a new method for allocating IP addresses. Compared with the traditional allocation which divides IP addresses into classes A, B, and C, CIDR allocates IP addresses more efficiently. For example, the IP addresses ranging from 125.203.96.0 to 125.203.127.255 can be converted into the following CIDR format:

When you create a Virtual Private Cloud (VPC) instance or a VSwitch, you must specify its IP address range in the form of a CIDR block.

What is a user CIDR block?

If you want the requests to be forwarded over a private network (for example, a VPC or a hybrid cloud network built with VPN, Express Connect, or CEN) according to a route table, you must set the destination CIDR blocks of the requests as the user CIDR block of the VPC to which the corresponding ECS instance or ENI belongs. With this configuration, the requests initiated from that VPC will be forwarded according to the route table, not through public IP addresses.

How do I configure a user CIDR block?

The procedure differs depending on whether you need to configure the user CIDR block for a new VPC during its creation or for an existing VPC. The procedure is as follows:

After the configuration is completed, the user CIDR block is displayed on the details page of the console. 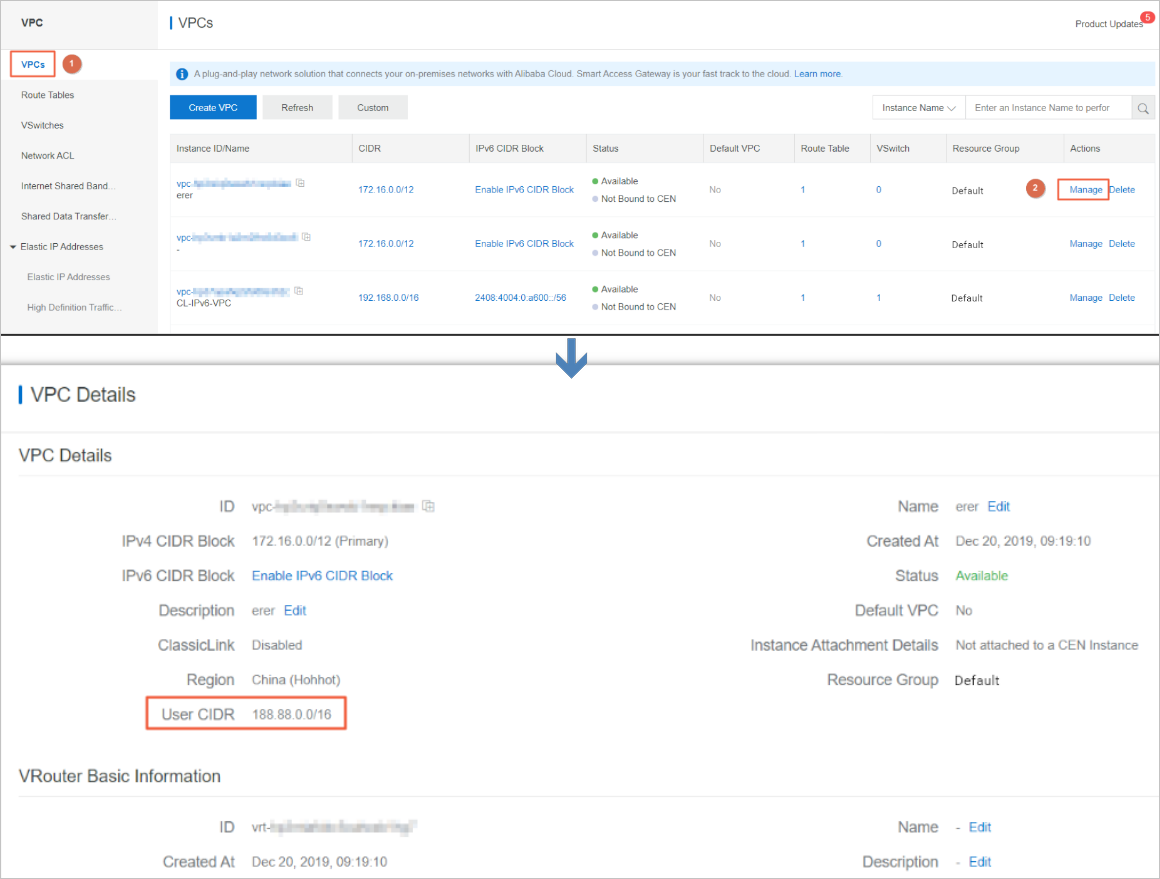 How do I specify the CIDR block of a VPC?

How do I specify the CIDR block of a VSwitch?

The limits of a CIDR block of a VSwitch are as follows:

Next: Release notes for VPC