VPN Gateway is an Internet-based service that establishes a safe and reliable connection between a VPC and your on-premises data centers over an IPsec VPN tunnel.

Before deploying a VPN gateway, design your network to connect an on-premises IDC as follows:

Follow the tutorial in this document to build a hybrid cloud, using VPN gateway to establish communication between on-premises IDC and VPC through the VPN tunnel. 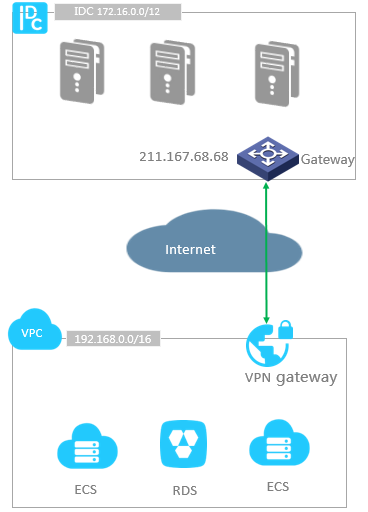 Step 4: Add the VPN connection configuration to the IDC gateway

Log on to an ECS instance without a public IP in the VPC, and ping the private IP of a server in the IDC to test the connection.