In other words, this step defines the request style when the gateway sends a request to your backend, to comply with the established backend format. 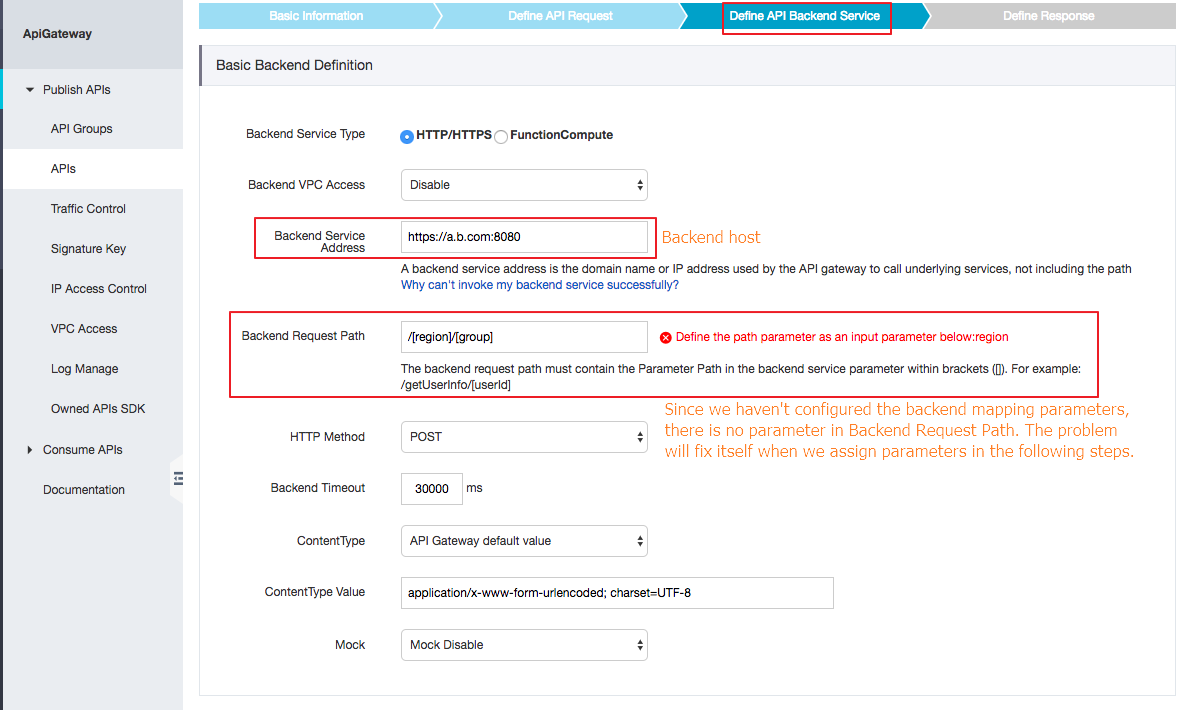 The completed configuration is shown in the following figure. 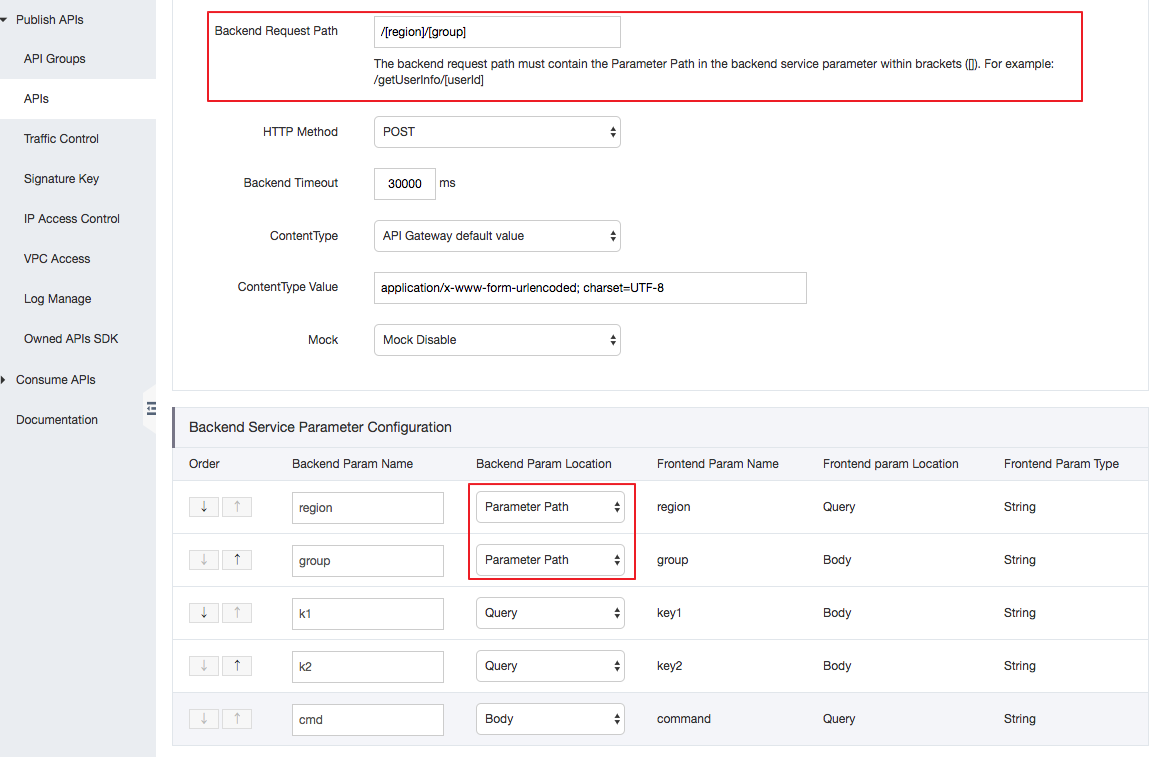 Ensure that Parameter Path is selected for the parameter positions in Path.

Constant parameters and system parameters are invisible to the API requester. They are added when the gateway sends a request for the backend service.

System parameters: For example, when you need to obtain the APP IDs customers use to call the API for log statistics, you can configure a system parameter, so that the APP IDs can be received in Header or Query. It is strongly recommended that the CaRequestId field be received at the backend. Each request has a unique ID to locate problems and create full logs. Refer to the following figure.