Before you use NAT gateways, you must understand the terms that are described in this topic.

You can create SNAT entries for a vSwitch or an ECS instance:
References: 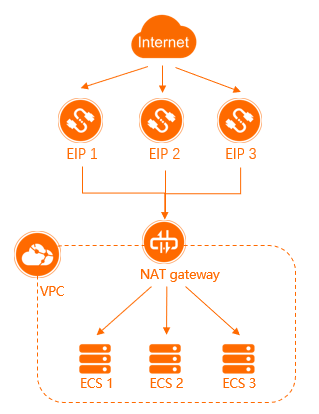