This topic describes the implementation mechanism and related API operations of Aggregator. It also describes how to apply Aggregator by using k-means clustering. 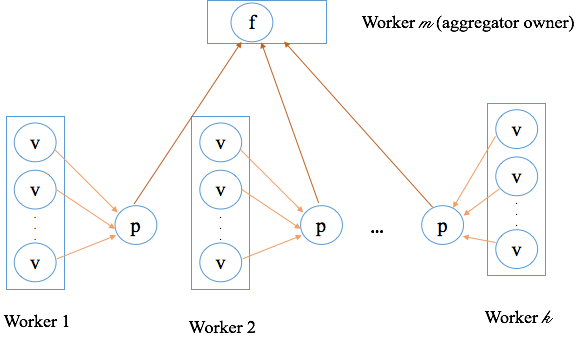 This section uses k-means clustering as an example to demonstrate how to use Aggregator.
Note If you need the complete code, see Kmeans. In this section, the code is resolved and is only for reference.
Previous: Overview Next: Limits