You can use this topic to assist your process automation under the following conditions: Code development in Java

Customers use host deployment in the following typical scenarios:

The following example demonstrates how to build an application deliverable and publish it to ECS by using the canary release policy. A Java Spring Boot repository is used in the example. 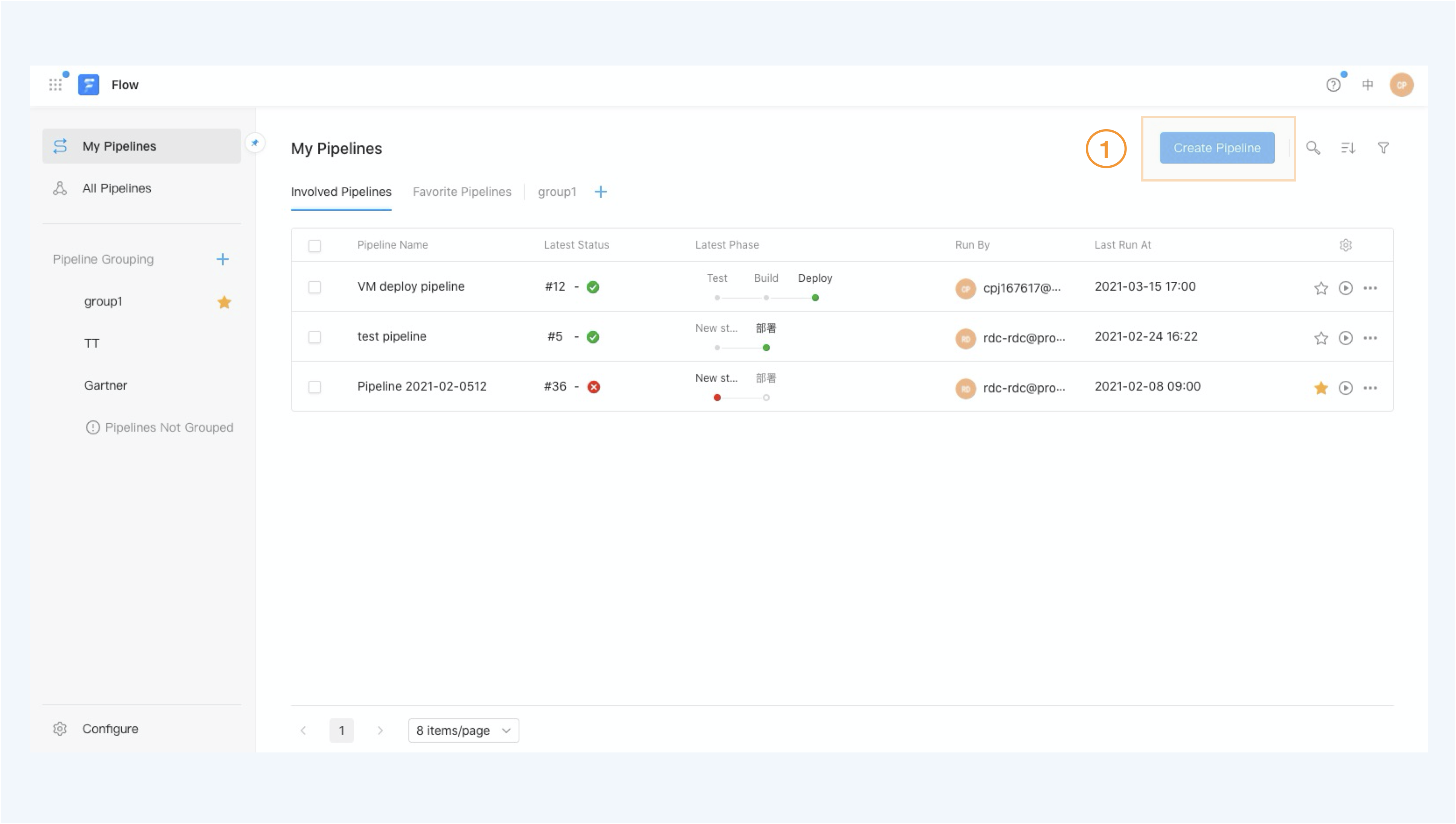 1.Add a code source. Select General Git. Set Code Repository to https://github.com/yunxiao-devops/spring-boot-example.git and Default Branch to master.You can enter any personal certificate, because a public code repository is used in the example.

1.Configure the host deployment task. Select Artifact Name.default from the drop-down list. The artifact is the artifact archived in the Java build & archive task.To configure a host group, you must click Create Deployment Group to create a host group first. 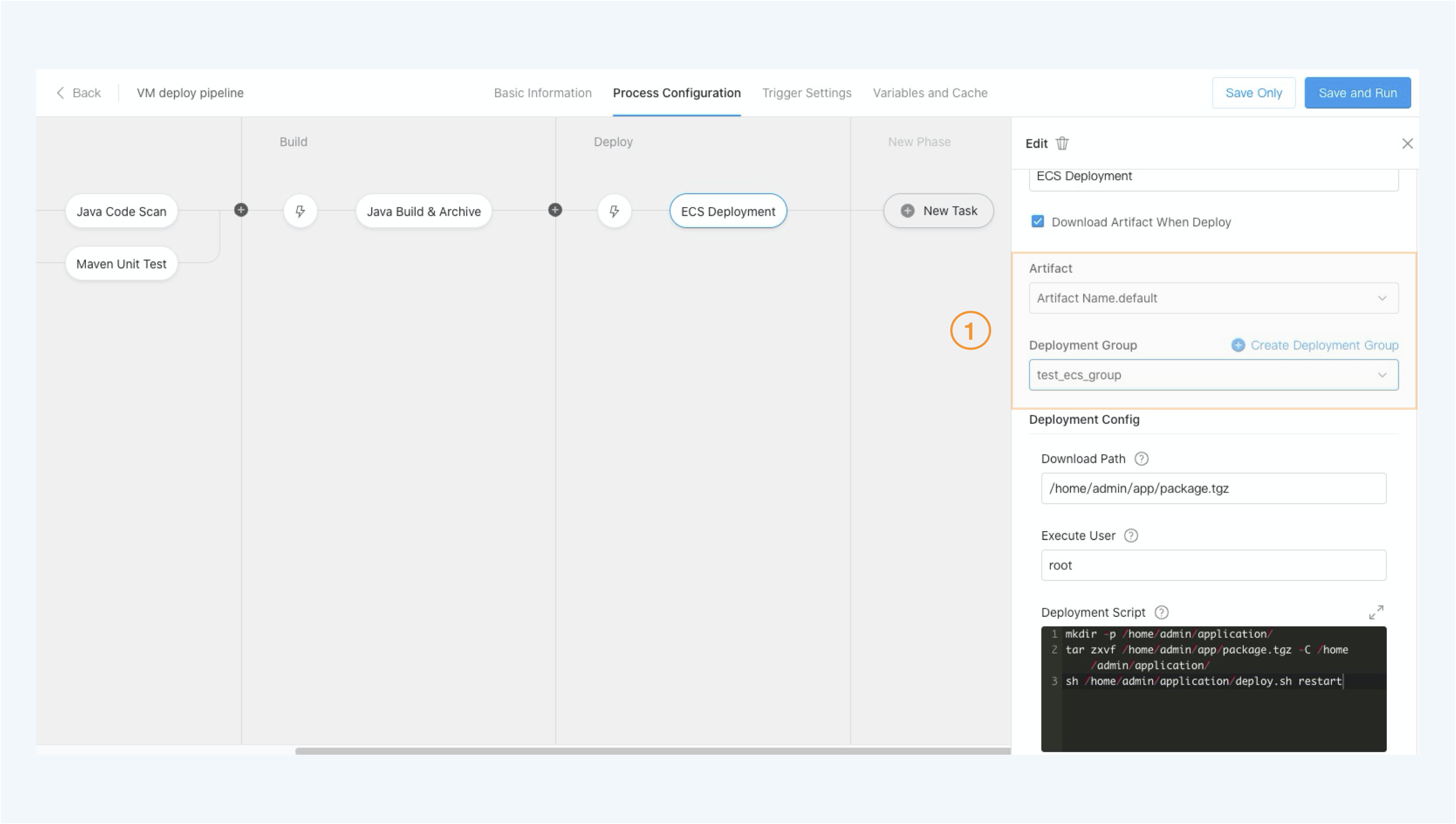 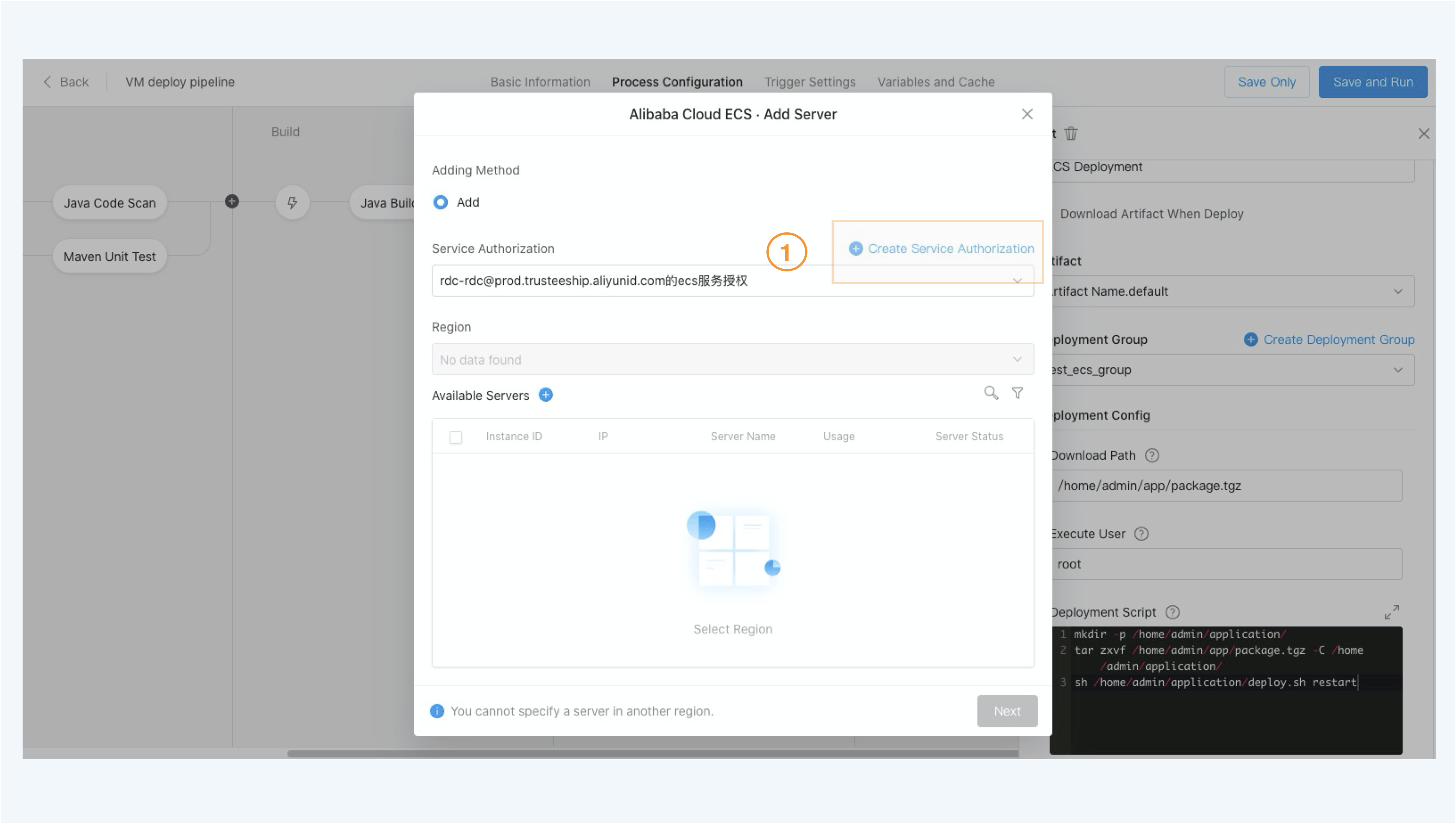 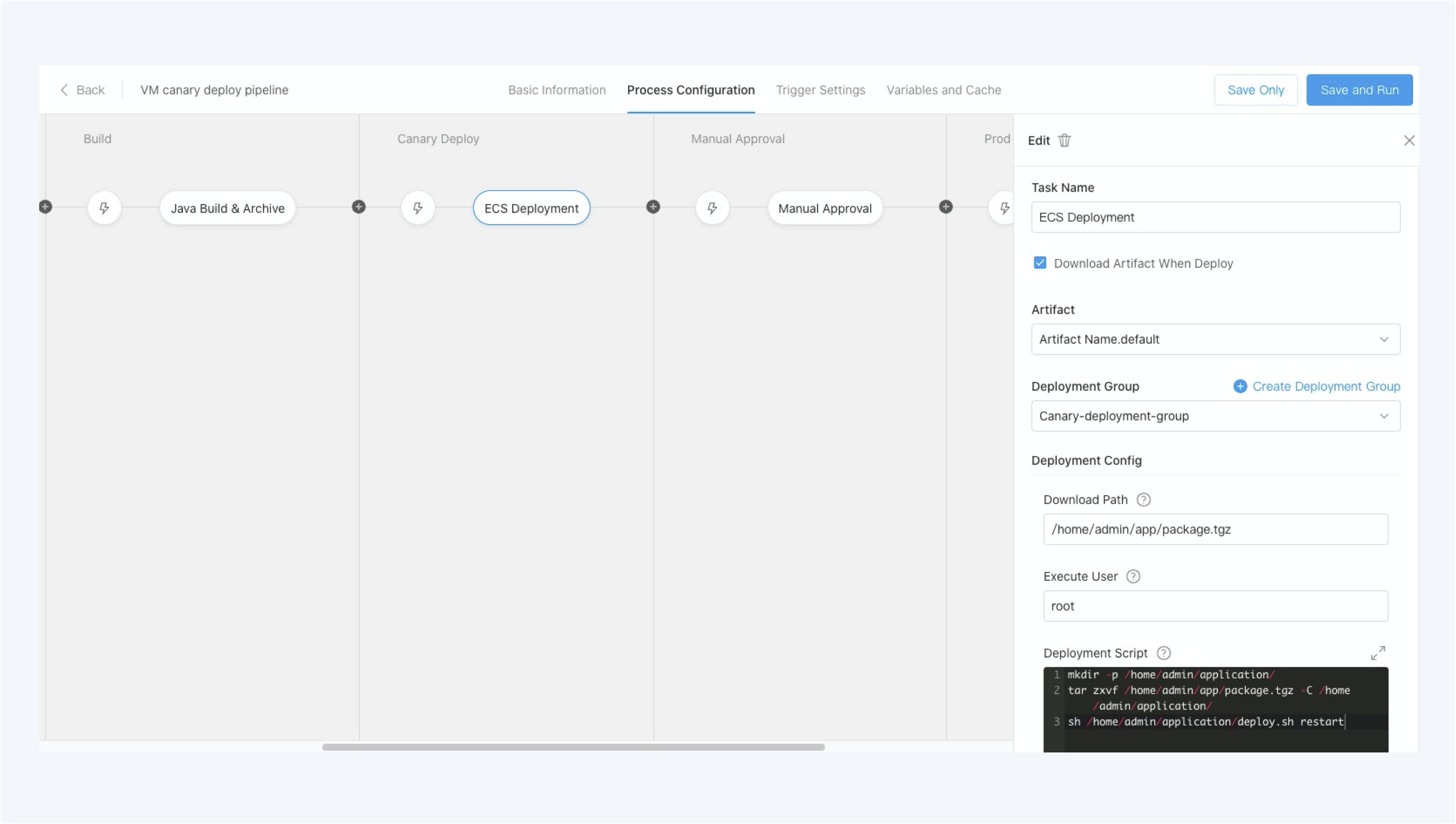 Suspend Strategy: indicates what suspension method is used in the host group, such as Suspend First Batch, Suspend Per Batch, or Without Suspension.We recommend that you select Suspend First Batch. After the first batch is published, check the online service. If no exceptions occur, you can continue publishing the remaining batches.

Batch Quantity: indicates the number of batches you want to divide the machines in the host group.For example, you divide a total of four machines into two batches. Each batch contains two machines. 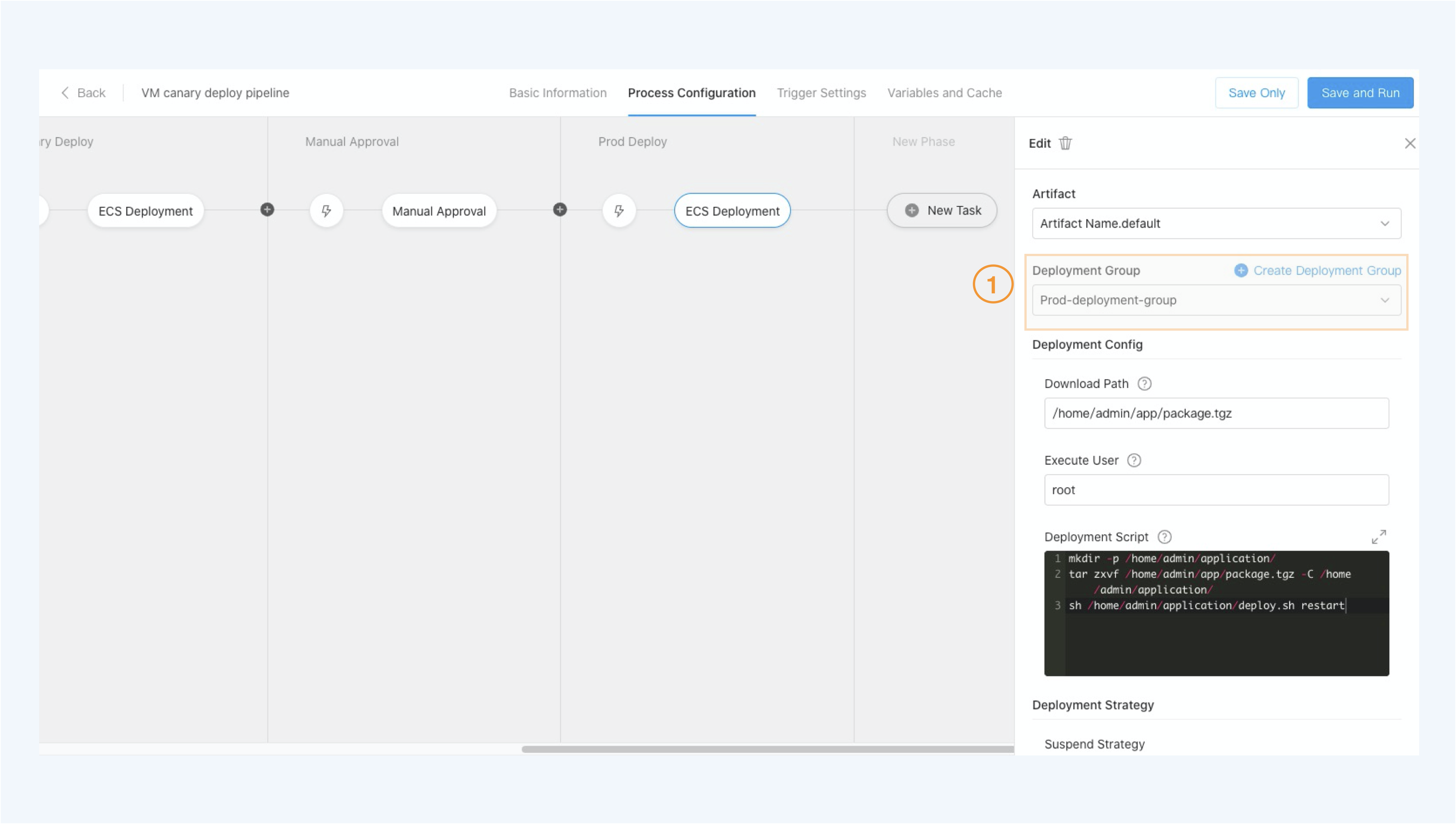 1.After the configurations are complete, click Save and Run to trigger the pipeline. 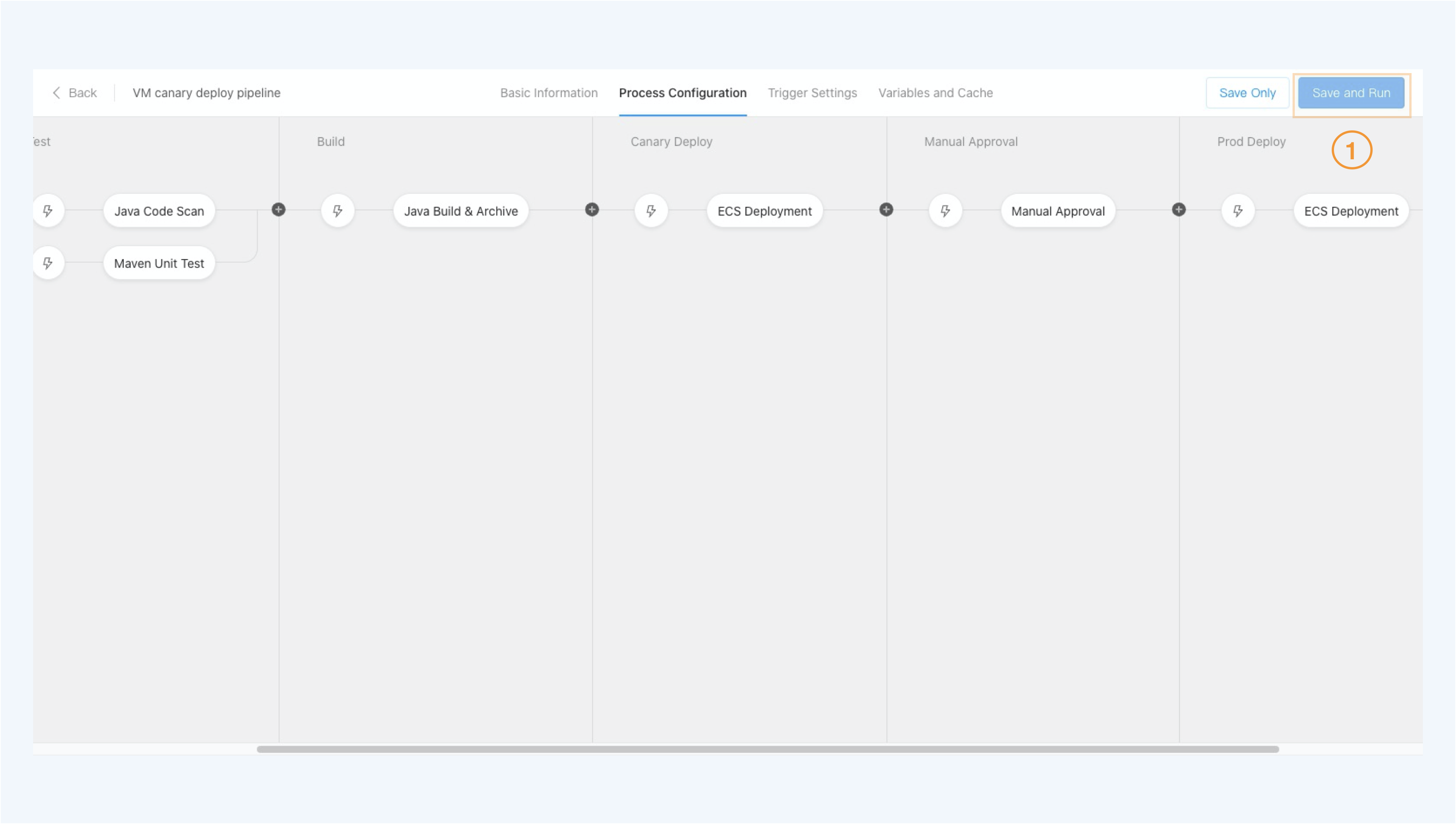 2.Then, you can view the details of the pipeline, including code scan results, build logs, and deployment logs. 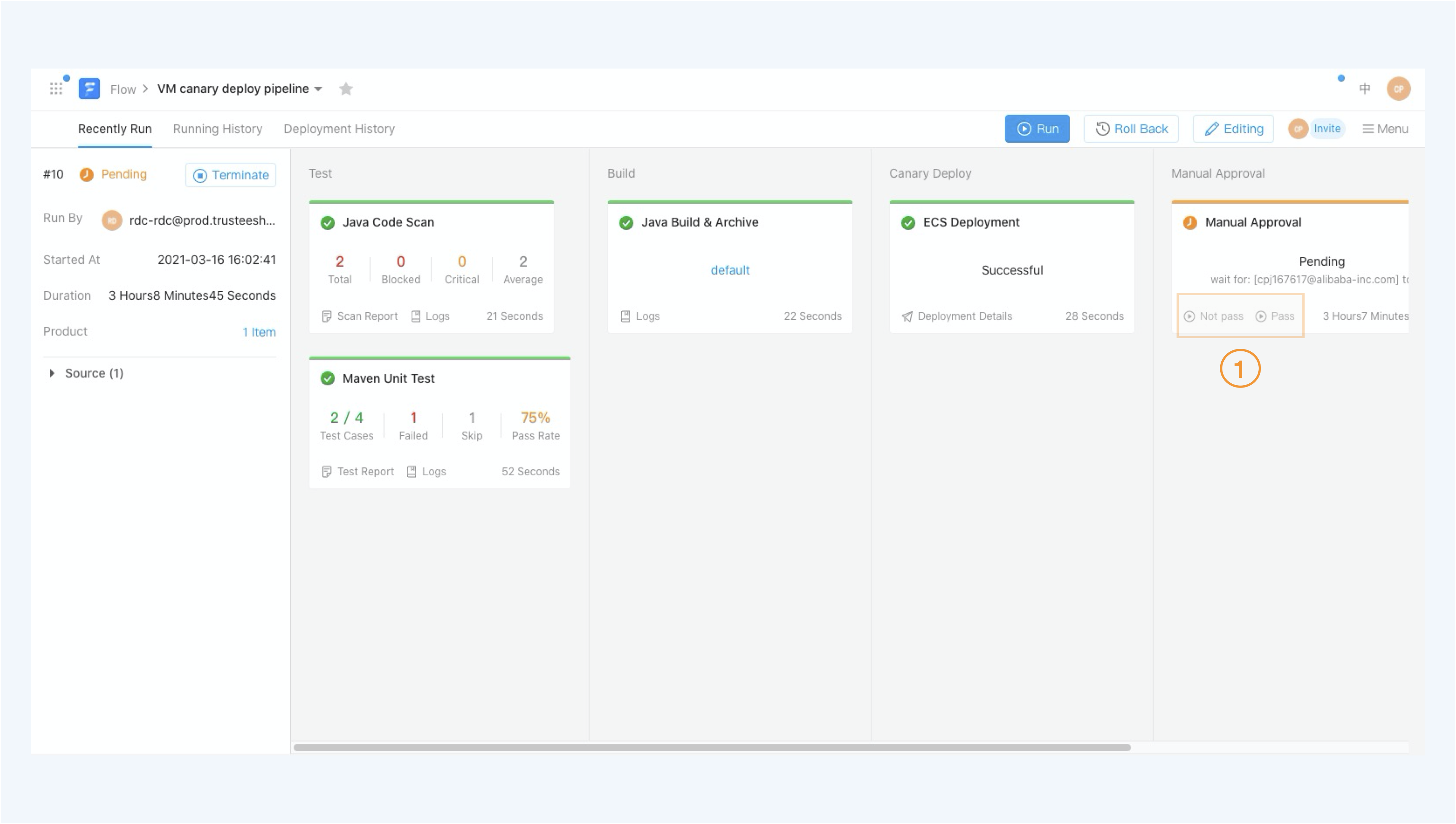 4.If the manual approval fails, you can select the specific version you need to roll back in deployment history, and Flow will automatically roll back. 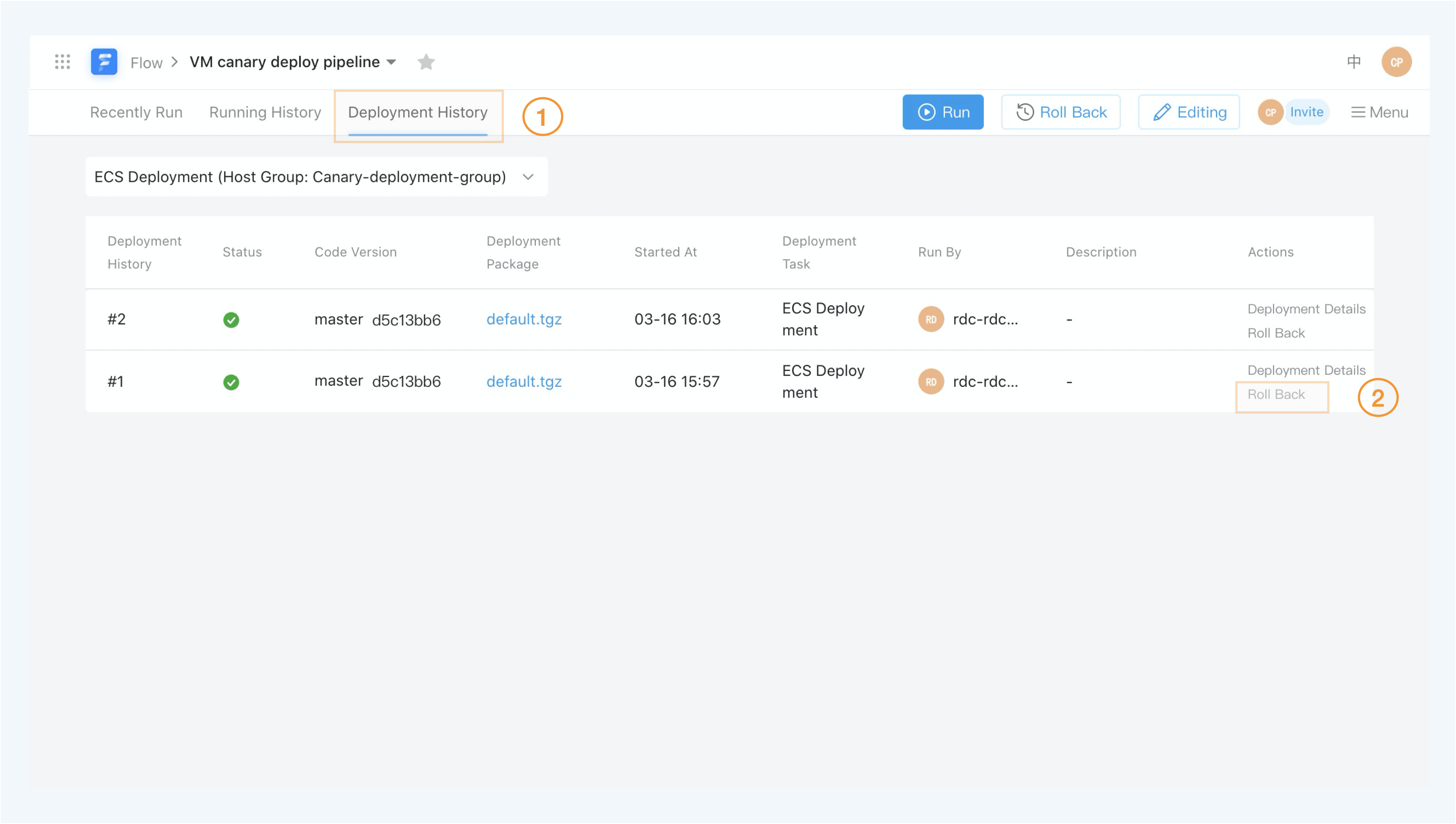 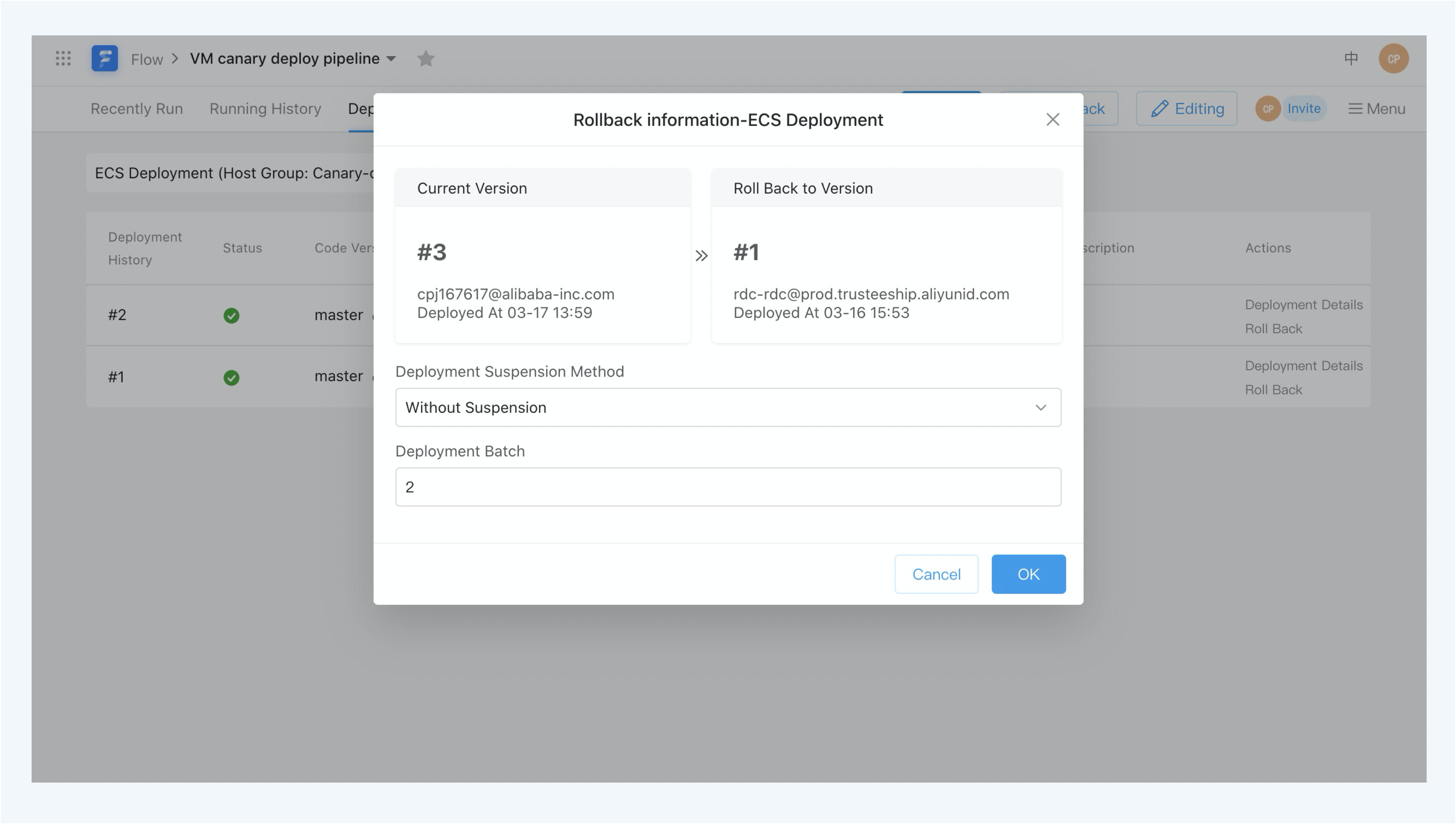