YARN is a distributed resource management system. It is the core component of the Hadoop system. It manages resources in Hadoop clusters, and schedules and monitors tasks in the clusters.

The following figure shows the architecture of YARN. 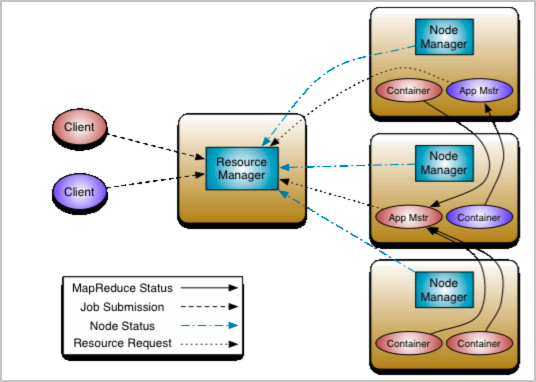 YARN consists of the following components:

YARN in a Hadoop cluster has the following benefits:
Previous: Introduction Next: Use cgroups with YARN to control the CPU usage