ABSR allows you to replicate cloud disks to other regions to implement geo-disaster recovery of data. After a replication relationship is created and activated, data on the associated primary disk is asynchronously replicated to the associated secondary disk on a regular basis. When you asynchronously replicate data on a cloud disk, you do not need to create snapshots. For example, when you replicate data of a cloud disk within one region to a cloud disk within another region, you need only to create a destination disk in the ECS console and establish a replication relationship between the disks. 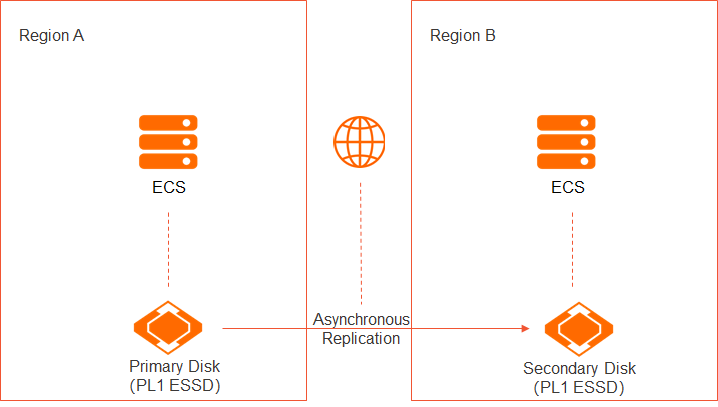 ABSR is supported between the following regions: