Impala is a real-time SQL query engine that features high performance and low latency. You can use SELECT clauses, JOIN clauses, and aggregate functions in Impala to query data stored in Hadoop Distributed File System (HDFS) or HBase in real time.

To minimize latency, Impala uses a distributed query engine, instead of MapReduce, to access data. This engine is similar to those in a relational database management system (RDBMS). The performance of this engine varies based on the type of query and configuration and is an order-of-magnitude faster than Hive. The following figure shows the architecture of Impala. 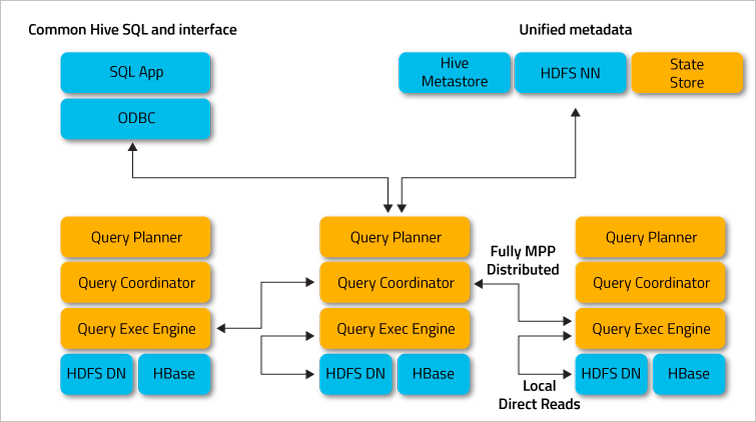 The following figure shows the components of Impala in an E-MapReduce (EMR) cluster. Impala consists of the following components: