This article discusses the evolution of frontend development model and highlights the best practices in Serverless development and function performance.

Evolution of the Frontend Development Model

The evolution of the frontend development model consists of four main phases.

Frontend Development Based on Serverless

When frontend engineers write backend code based on Serverless, they require some familiarity with the backend. In the case of complex backend systems or scenarios where Serverless is inapplicable, backend development is still required and the backend is pushed even further back.

BFF Based on Serverless

On the one hand, different APIs are required for different devices. On the other hand, microservices make the calling of frontend interfaces more complicated. Therefore, frontend engineers began to use BFF to aggregate and tailor the interfaces to make them better suited to the frontend.

Serverless resolves these problems. It allows using functions to aggregate and tailor interfaces. A request sent by the frontend to BFF can be considered as an HTTP trigger for FaaS, which triggers the execution of a function that implements the business logic for the request. For example, use a function to call multiple microservices to obtain data and then return the processing results to the frontend. In this way, the O&M pressure is shifted from traditional BFF servers to FaaS services, and frontend engineers do not need to worry about the servers anymore. 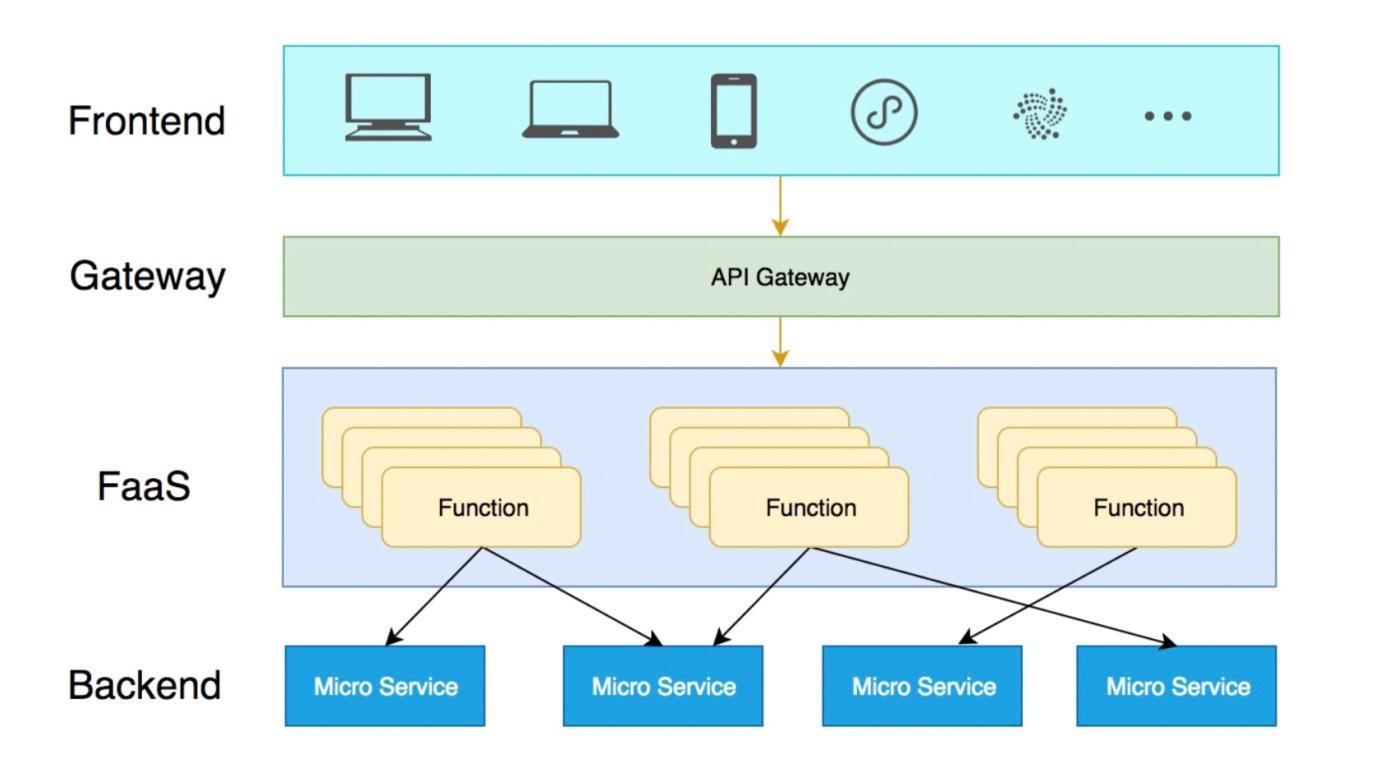 The preceding figure shows the BFF architecture based on Serverless. To better manage APIs, add a gateway layer to manage all APIs. For example, use an Alibaba Cloud gateway to divide the APIs into groups and different environments. Based on the API gateway, the frontend does not directly use an HTTP trigger to execute a function. Instead, the frontend sends a request to the gateway, which then triggers a specific function for execution.

Server Rendering Based on Serverless

Looking at the three most popular frontend frameworks, React.js, Angular, and Vue.js, most rendering is currently implemented by clients. When pages are initialized, only a simple HTML and corresponding JaveScript file are loaded, and then JavaScript renders the pages one by one. The major problem with this method lies in the white screen time and Search Engine Optimization (SEO).

To solve these problems, frontend engineers are trying server rendering. The core idea of this approach is similar to the earliest template rendering. Specifically, the frontend initiates a request and the backend server parses an HTML file and then returns the HTML file to a browser. However, in the past, we used templates of server languages such as JSP and PHP, while now, homogeneous applications are implemented based on React and Vue. This is also the advantage of today's server rendering solution.

In traditional server rendering, the path of each request corresponds to a server router, and this router enables the rendering of the HTML file in the corresponding request path. Server applications for rendering are the applications that integrate these routers.

When Serverless is used for server rendering, each router is split into different functions and then the functions are deployed in FaaS. Each user request path corresponds to an independent function. In this way, the O&M is transferred to the FaaS platform, and frontend engineers perform server rendering without maintaining and deploying the server application.

ZEIT's Next.js does a good job of implementing server rendering based on Serverless. The following is a simple example. The code structure is as follows:

Applet Development Based on Serverless

The following provides several examples of Basement cloud development based on Alipay. Functions are defined in FaaS services.

Based on the preceding Serverless development examples, it's possible to generalize a universal Serverless architecture.

In addition, the cloud computing platform provides the BaaS services at the backend, FaaS, or frontend, which greatly reduces the development difficulty and cost. In cloud-based applet development, BaaS services are directly called at the frontend.

When Serverless is used for development, another concern is the function performance. Traditional applications reside in memory once they are started. However, this is not the case with Serverless functions. When an event that drives function execution occurs, you need to download the code, start a container, start a runtime environment in the container, and then execute the code. The first few steps are collectively referred to as a cold start. Traditional applications do not go through the cold start process.

The following figure shows the lifecycle of a function. 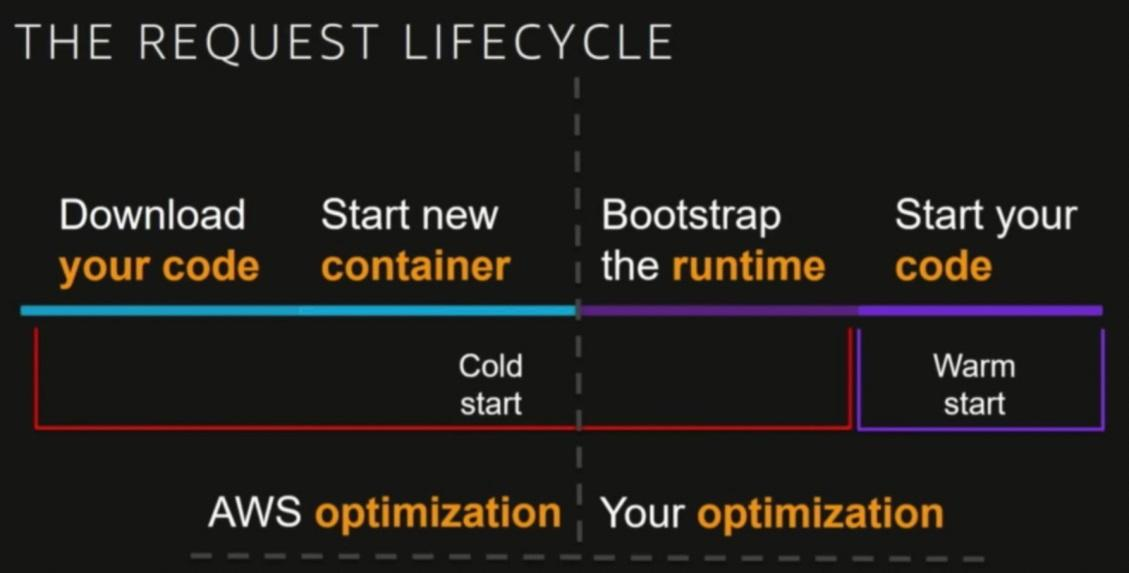