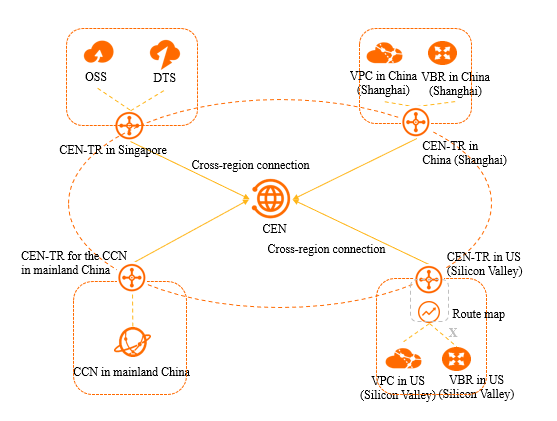 Starting March 24, 2021, transit routers are offered for free for a limited time. The end date will be announced at a later date.

To start your free trial, perform the following operations:

For more information about the new CEN console, see What is CEN?.