Document Center
All Products
Search
The architecture of the cloud-native PolarDB is shown in the following figure. 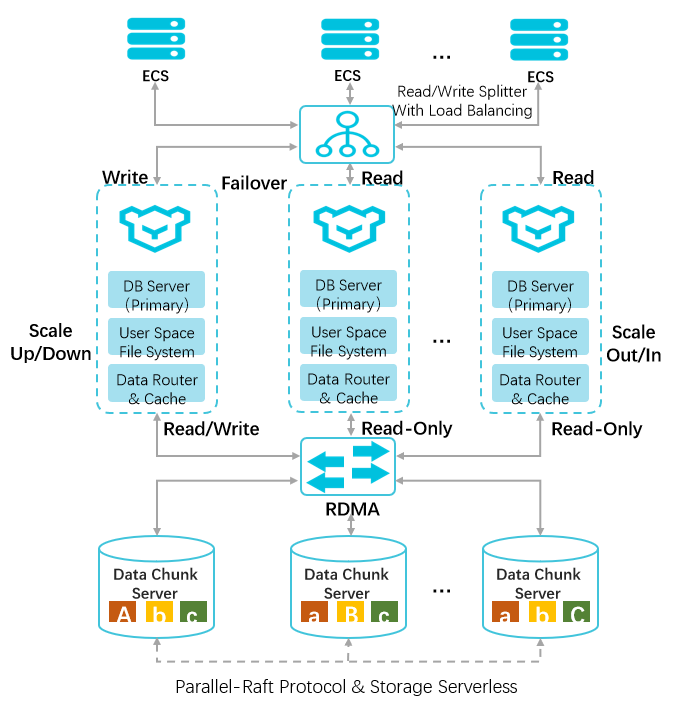 PolarDB separates compute processes from storage processes, allowing the database capacity to scale up and down to meet your application needs in Alibaba Cloud. DB servers are used only to store metadata, while data files and redo logs are stored in remote chunk servers. DB Servers only need to synchronize redo log metadata between each other, which significantly lowers the data latency between the primary instance and read-only instances. If the primary instance fails, a read-only instance can be rapidly promoted to be primary.

Sharing the same group of data copies among multiple DB servers, rather than storing a separate copy of data for each DB server, significantly reduces your storage cost. The distributed storage and file system allows automatically scaling up database storage capacity, regardless of the storage capacity of each single database server. This enables your database to handle up to 100 TB of data.

Chunk servers maintain multiple data replicas to ensure reliability, and comply with the Parallel-Raft protocol to guarantee consistency among these replicas.