Stack groups extend the functionality of stacks by enabling you to manage stacks across multiple accounts and regions by using a single operation. By using an administrator account, you can define and manage a Resource Orchestration Service (ROS) template, and use the template as the basis to provision stacks into specified accounts across specified regions. Stack groups simplify workflows and minimize maintenance costs.

A stack group allows you to use a single ROS template to create stacks across multiple Alibaba Cloud accounts and regions. All resources in each stack are defined by the ROS template of the stack group. When you create a stack group, you must specify the template, as well as all parameters and capabilities that the template requires.

After you define a stack group, you can create, update, or delete stacks in the execution accounts and regions you specify. When you create, update, or delete stacks, you can specify operation preferences. For example, you can specify the number of accounts in which operations are performed on stacks concurrently, the order of regions in which you want the operations to be performed, and the failure tolerance beyond which stack operations stop.

Stack groups are region-specific. If you create a stack group in a region such as China (Hangzhou), you cannot view or change the stack group in other regions.

The following figure shows the logical relationships among stack groups, stack operations, and stacks. When you update a stack group, all associated stack instances are updated throughout all accounts and regions. 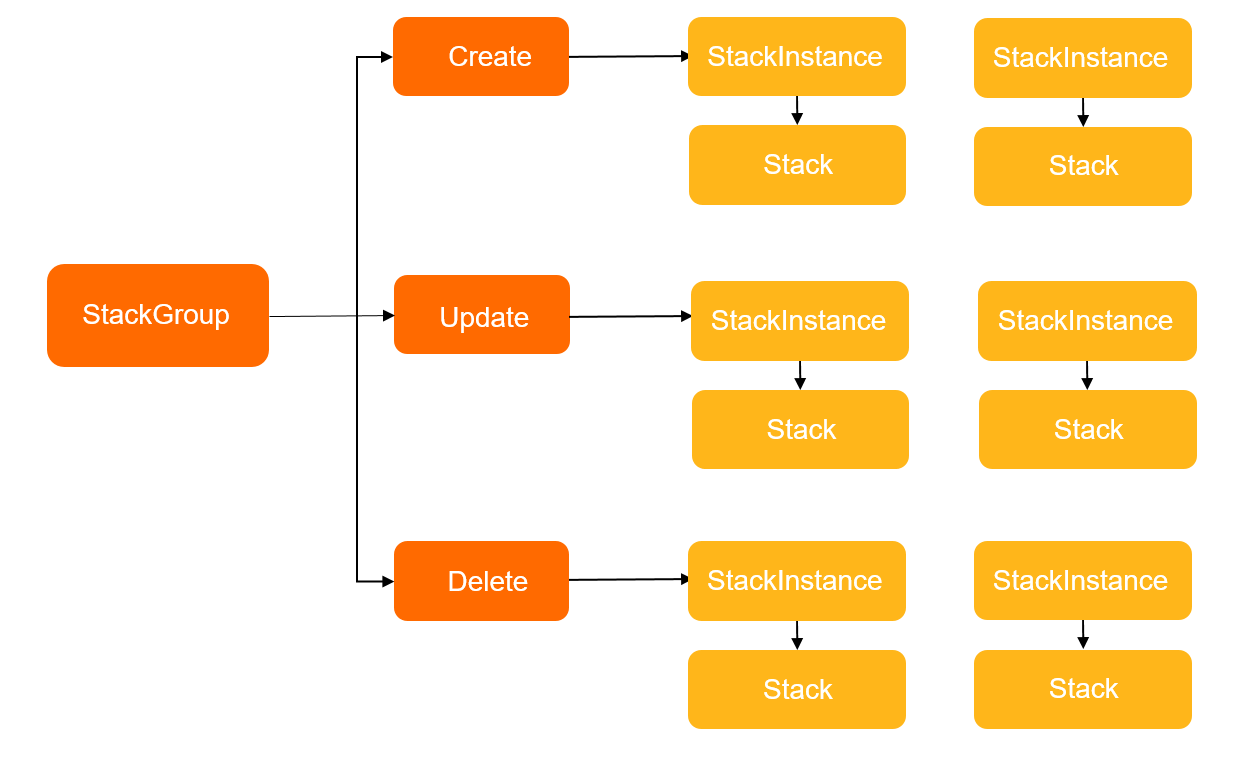 The following accounts are required when you use a stack group: 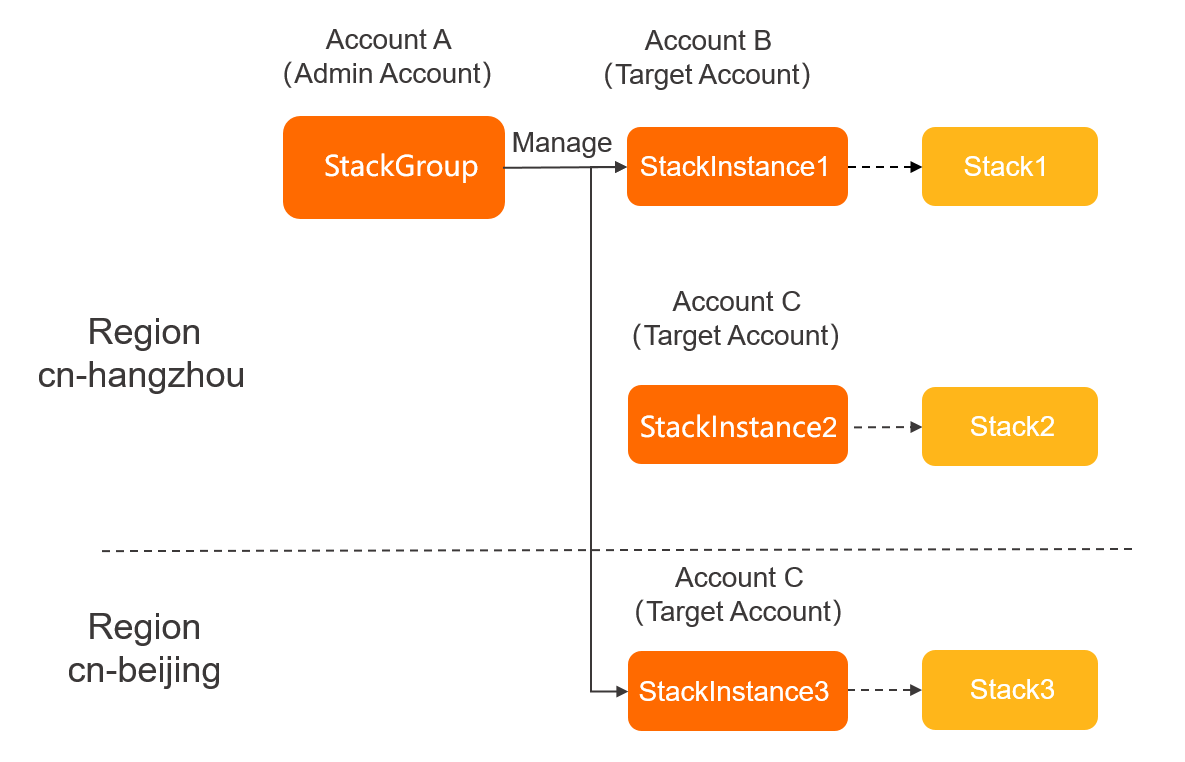 The preceding parameters help you control the time and number of failures that are allowed to perform stack group operations, and prevent you from losing stack resources.