ApsaraDB for OceanBase uses a shared-nothing architecture. This means that nodes do not share storage. A cluster is deployed across at least three zones. A data replica is stored in each zone. ApsaraDB for OceanBase contains no single point of failure. Each zone has multiple OBServer nodes. This ensures high reliability and high availability.

The following figure shows the architecture of ApsaraDB for OceanBase. 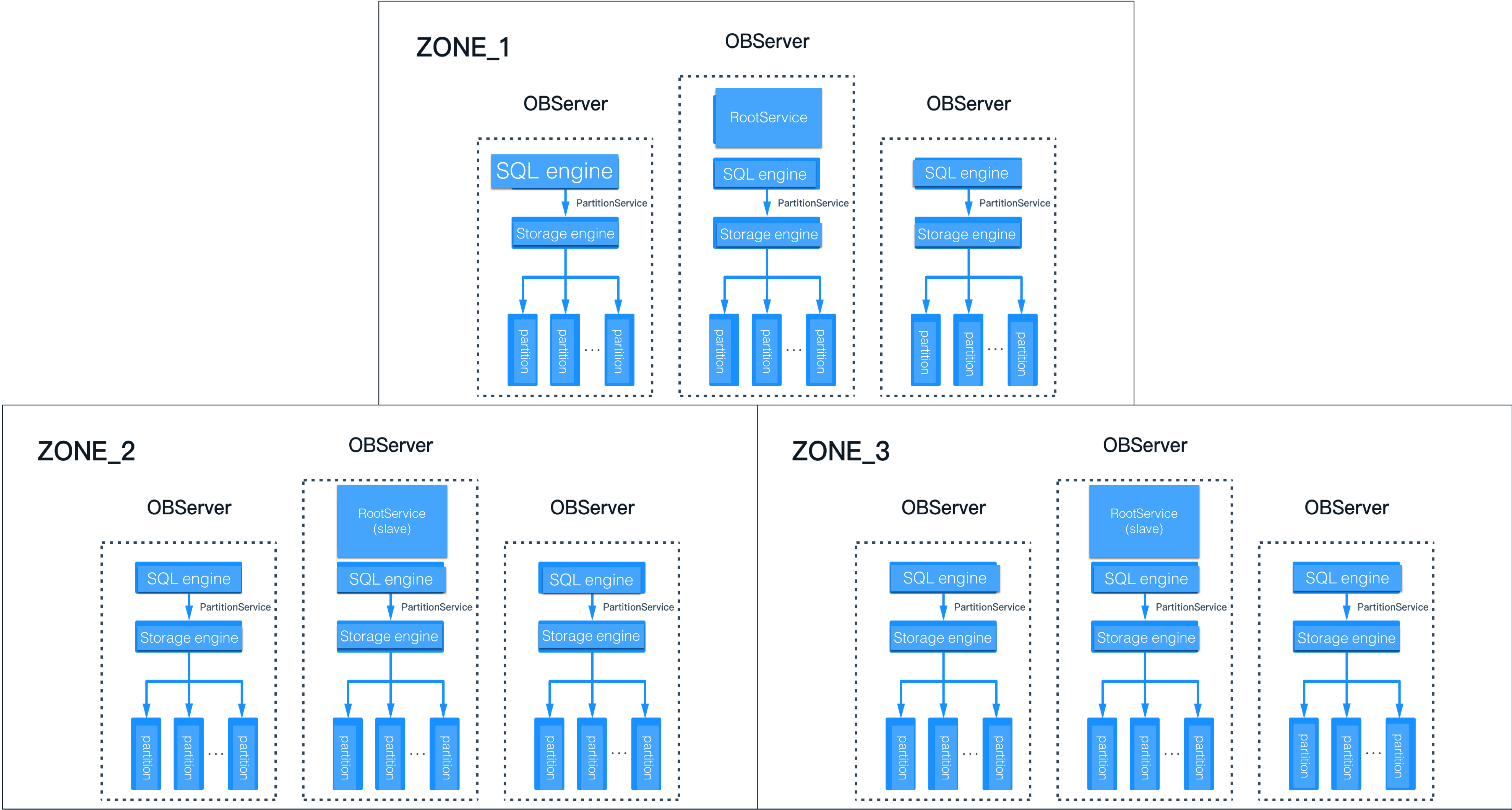 Each ApsaraDB for OceanBase cluster is deployed in several zones. In most cases, a zone corresponds to a data center. To ensure data security and high availability, replicas of data are distributed across multiple zones. A failure in a single zone does not affect the database services of ApsaraDB for OceanBase. Each data center hosts several physical servers.

A table is the most basic database object. Tables in ApsaraDB for OceanBase are relational tables. Each table consists of several rows of records. Each row has the same predefined columns. Users can use SQL statements to add, delete, query, and modify tables. In most cases, a table has a primary key that consists of one or more columns. Each value set of the primary key is unique throughout the table.