The data processing feature provided by Log Service uses consumer groups to consume log data and orchestrates code by using more than 200 built-in functions to process log data. This topic describes how log data is scheduled during data processing and how the processing rule engine works.

The data processing feature of Log Service uses a consumer group to consume log data in the source Logstore in streaming mode, processes each log based on the specified processing rule, and then writes the processed log data to the destination Logstore. 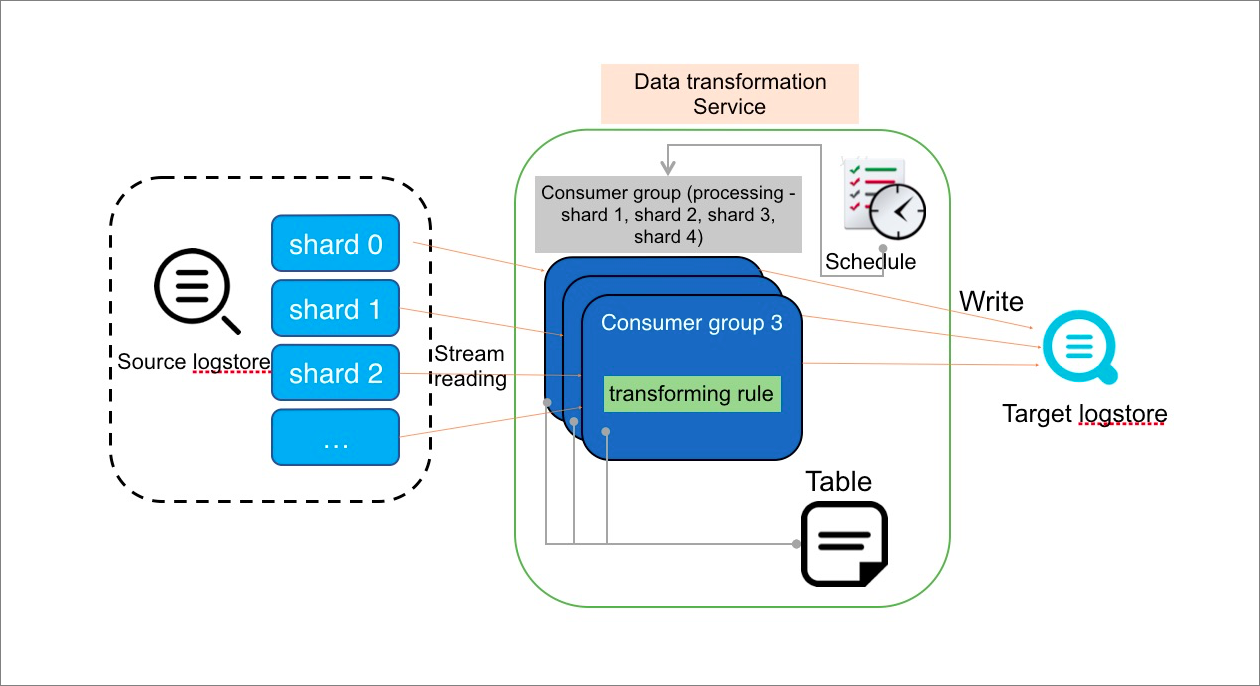 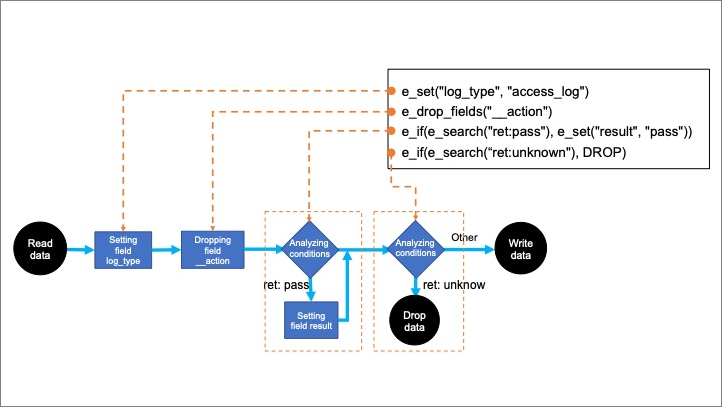 Working principles of the rule engine: Output, duplication, and splitting

The rule engine also supports event output, duplication, and splitting. For example, the following four functions define four steps for a processing rule: Assume that the following log is to be processed: The following figure shows the corresponding logic. 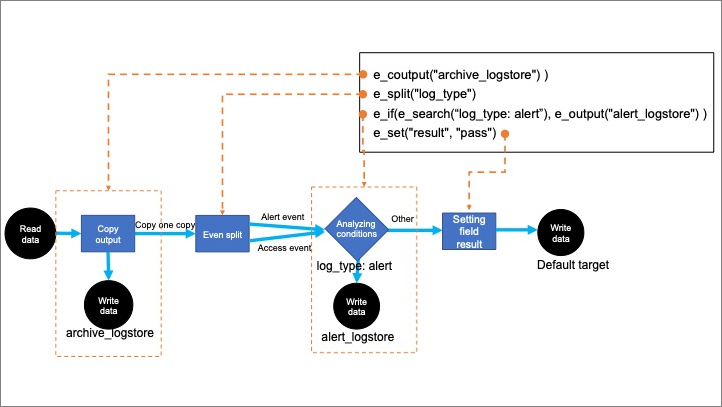