Blog Events Webinars Tutorials Forum
Create Account Log In
×
Community Blog What is Ansible and How it Works?

What is Ansible and How it Works?

2,571 0
Ansible is a powerful IT automation tool that you can quickly learn. It’s simple enough for everyone in IT yet powerful enough to automate even the most complex deployment.

If you are a system administrator or IT engineer you probably involved in doing a lot of repetitive task in your environment whether it be sizing, creating a new house or virtual machines every day, applying configuration on them, patching hundreds of servers, migration or even performing security and compliance audits. All of these very repetitive tasks involve the execution of hundreds of commands on hundreds of different servers.  Smart people develop a script to automate these tasks but it requires coding skills and regular maintenance of this script and a lot of time to put this script together in the first place. That’s where the Ansible comes in the picture.
Ansible is a powerful IT automation tool that you can quickly learn. It’s simple enough for everyone in IT yet powerful enough to automate even the most complex deployment.

Let’s take a look at a simple use case shown in the following screen. 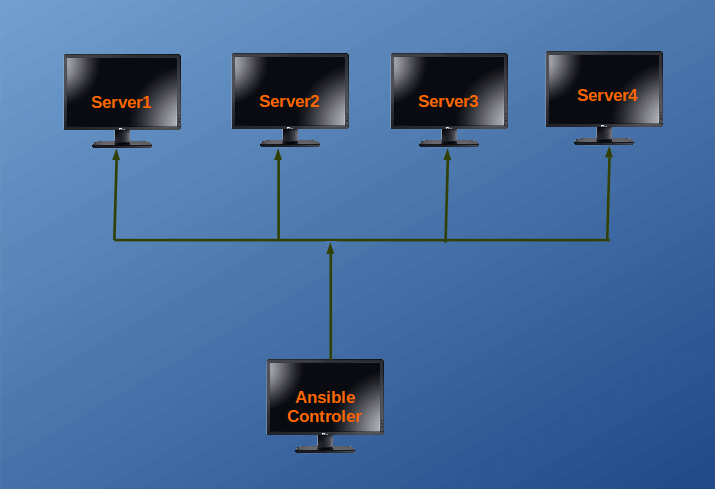 Let’s take a look at a complex use case as shown in the following screen: 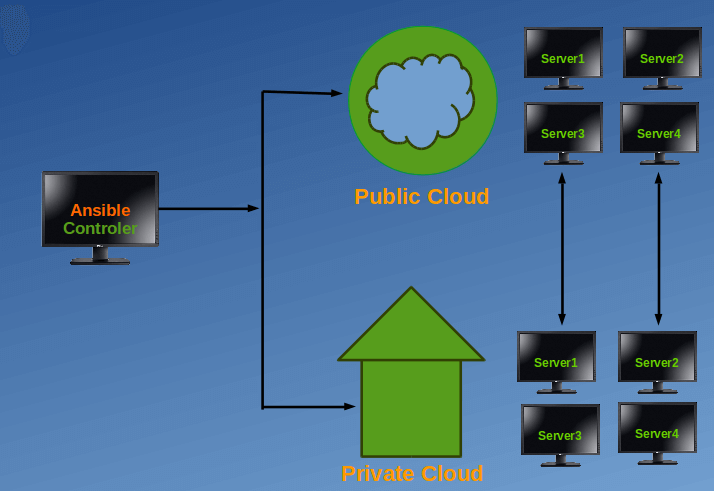 In this case, we are setting up a complex infrastructure that spans across public and private clouds, and hundreds of VMs. With Ansible you could provision VMs on a public cloud like AWS and provision private cloud in private cloud setup like Vmware based infrastructure and move on to configuring applications on those systems and setup communication between them. There are a lot of modules available in Ansible that support this kind of operation.

One of the main features of Ansible is that you don’t need to install any agent or additional software on the target host. It provides powerful features to manage operating systems, services, networks and infrastructure.
Some of the important features of Ansible are listed below:

Ansible consists of 3 main components. A brief explanation of each component is shown below: 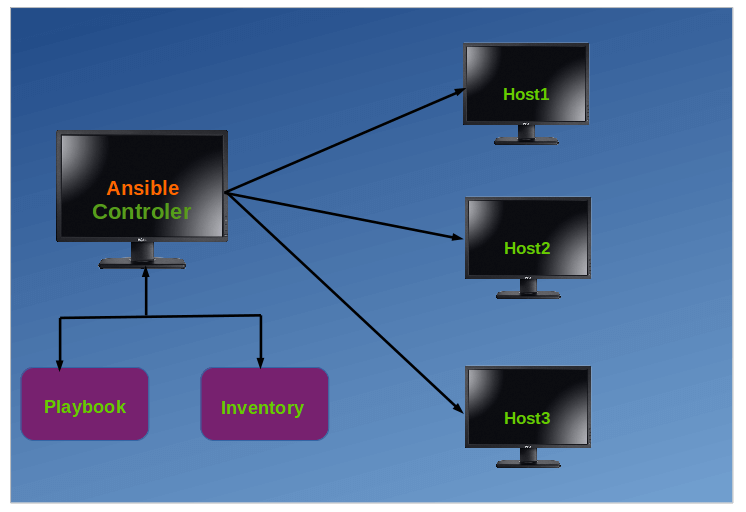 Control Machine : It manages the execution of the Playbook. It can be installed on your local machine or on any machine on the internet.
Inventory : It provides a complete list of all the target machines on which various modules are run by doing an ssh connection and install the necessary software.
Playbook : It consists of steps that the control mechanism will perform on the servers defined in the inventory file.
In simple terms, Ansible interacts with all the servers defined in the inventory through the SSH protocol which is a secure method of remote login. Every operation is done and file transfer is encrypted.
For more information, read my complete guide on Ansible for Beginners
ECS Tutorial Ansible App Dev
0 0 0
Share on

How to Install Sylius CMS on Ubuntu 18.04

What are the main Differences Between Cloud Hosting and Shared Hosting?