24,027 1
Researchers from the security company Dr.Web reported a while back that the source code of a recent untitled Android bank Trojan was leaked to underground hacker forums. Researchers from the security company Dr.Web reported a while back that the source code of a recent untitled Android bank Trojan was leaked to underground hacker forums. Recently, Alibaba Cloud Universal Security has also detected a large number of new Trojans of the BankBot family. These Trojans disguise themselves as Good Weather, Flash Plаyеr, Play Мapкeт, or Follon to hijack mobile devices. Disguised Good Weather applications is believed to have affected users from at least 50 large banks around the world.

Features of the New BankBot Trojan

The new BankBot Trojan has a flexible configuration, and its switches are subject to the control of the server. Instructions issued on the command and control (C&C) server remotely control the BankBot Trojans to steal users' personal information, hijack multiple financial apps around the globe, and phish login interfaces. The BankBot Trojans can then intercept and capture user input data, as well as initiate illegal intrusion to the user's Internet account system.

The Running Process of the Trojan How Does BankBot Trigger the Malicious Code

The Trojan hides the icon directly and starts the core service ge45g45gsdfsadfg. The service uses the CPU wake lock to reside in the background.

The PARTIAL_WAKE_LOCK mode controls the power state, and the Trojan uses the CPU clock lock to make the core service reside in the background. The malicious behaviors include the following:

The pictures below shows the uploading of the Trojan running environment:

The uploaded data tells the control server information such as:

The C&C server returns the parsed control instructions, as shown in the table below. 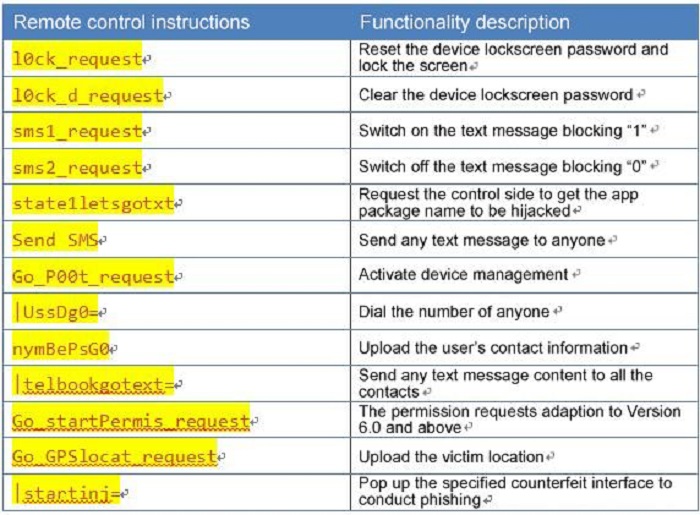 When the victim opens the legal bank app, the Trojan monitors this behavior, loads the fake bank page, and overwrites the authentic bank app interface. The most important step of interface hijacking is to deceive the victim into accessing the forged login interface, so the counterfeit bank login window is very similar to the authentic window, making it difficult for users to distinguish. 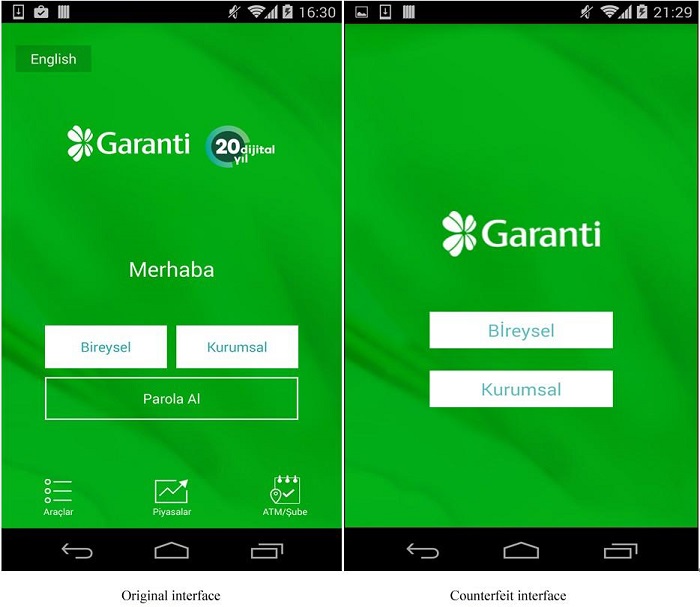 Below are examples of other phishing interfaces. The victim's device ID is an identifier for interaction with the Trojan control side, and the Trojan forges the counterfeit login interface on the control side based on the bank app on the victim's device. None of the major financial apps of the world are spared, including the well-known Paypal, American Express, the British Barclays Bank, and Royal Bank of Scotland. The figure below shows how the virus reads the related information in the proc folder in the Android system to get the top application package name of SDK version higher than 22.

If the currently running application matches the banking application that needs to be hijacked, the malicious code contacts the C&C server to return the counterfeit bank login interface and load the interface using the web view. For example, if you open the bank application com.garenti.cepsubesi, the Trojan issues a packageName + deviceId request to receive the phishing page. Such malware phishing pages are in HTML layout, from which we can infer that the hacking product is transformed into a mobile app hijacking phishing product from a website phishing one.

The analysis shows that that the Trojan inserts a piece of JavaScript code into the phishing page, which can send the bank account and password input by the user to the server. 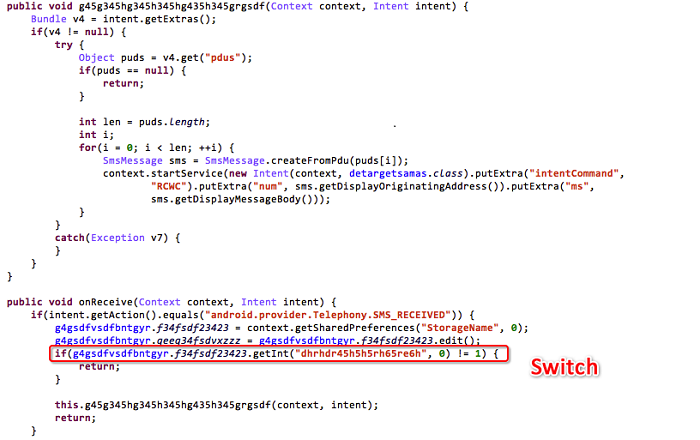 The attacker successfully intercepts the victim's bank account, password, verification message, and successfully bypasses the two-factor authentication mechanism. In this way, the victim is not only incorporated into the mobile botnet controlled by the attacker but a cash machine of the attacker, like their own private banks.

BankBot Trojan can easily overpower all functionalities of your banking app, and is a huge risk that puts billions of financial accounts under constant threat. You are recommended to follow the security precautions below to protect yourself from this virus.

Can anyone make https site contain a malicious program to steal info?