22,954 0
Heart disease is a major cause of death, affecting over 1/3 of the world's population. This article illustrates how to build a heart disease predictio.

Heart disease is a major cause of death, affecting over one-third of the world's population. In China, hundreds of thousands of people die of heart disease every year. If we can predict and diagnose heart disease in patients, we can reduce the number of deaths cause by heart diseases.

A promising method of screening heart diseases is through data mining. By extracting common physical examination indicators, we can build a reliable prediction model for each patient. This article illustrates how to build a heart disease prediction case through the Alibaba Cloud machine learning platform using real data.

The data set below contains the physical examination data of heart disease patients in an area in the United States, with 303 instances in total. The specific fields are as follows: 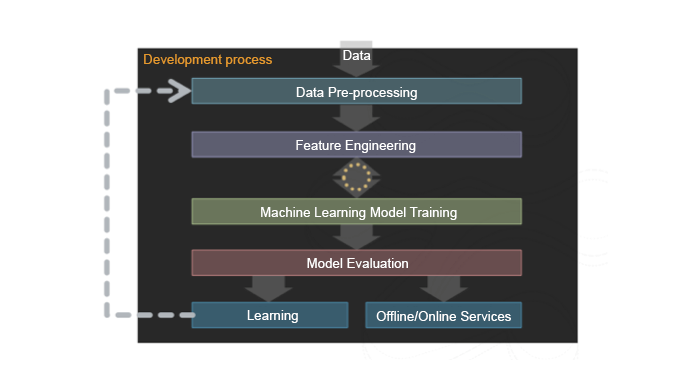 The diagram below illustrates the specific steps required to deploy the data mining process. 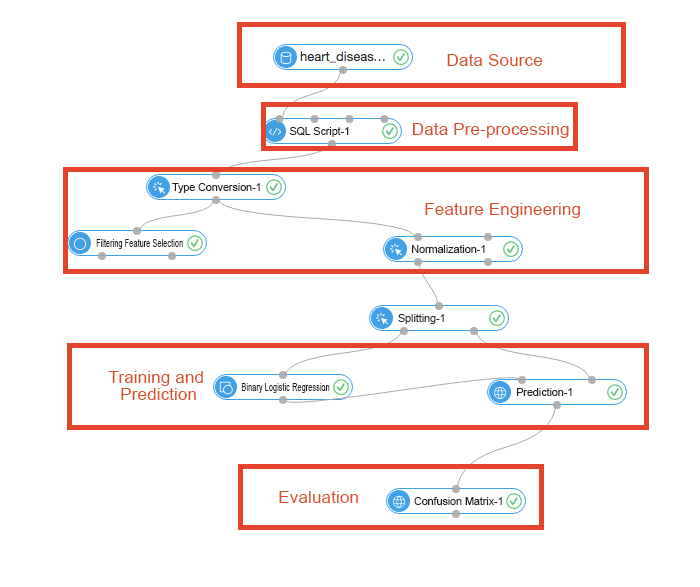 Data pre-processing, also called data cleansing, removes data anomalies through data de-noising, missing value insertion, and type conversion operations before the data is used in an algorithm. The input data for this experiment consists of 14 features and a target queue. In this algorithm, the possibility of a user suffering from a heart disease is predicted based on the user's physical indicators. Because this classification experiment adopts linear logistic regression, all input values are binary.

The table below represents the input data.

We can see that a most data are text descriptions. In the data pre-processing process, we need to map the character string into specific values. 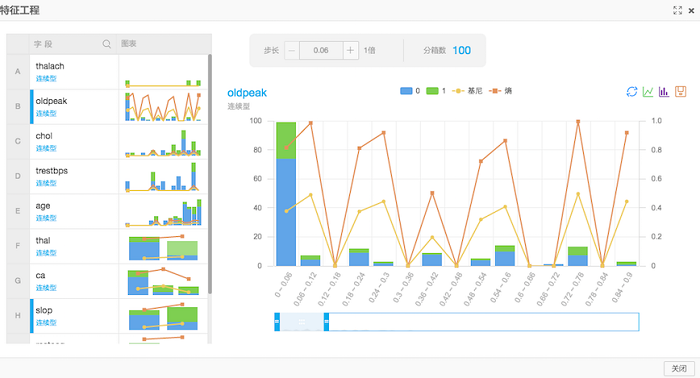 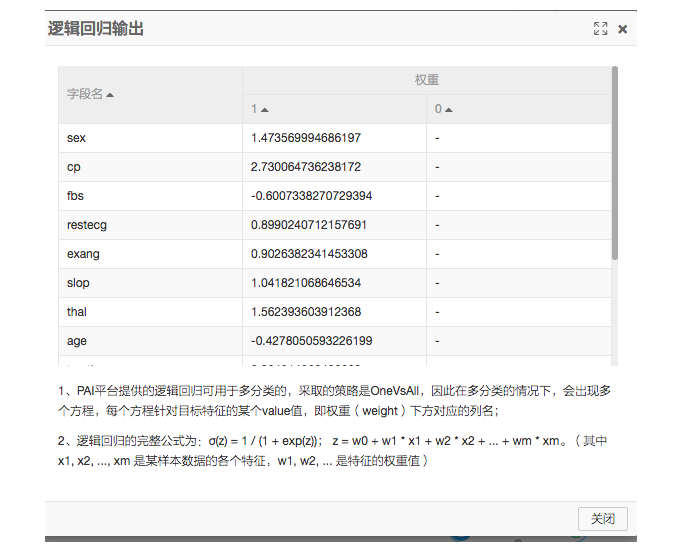 The prediction model can be further fine-tuned using feature engineering. We can adjust the weight of each feature to produce more accurate results. In our observations:

The image below shows the adjusted weights in our model based on feature engineering. A higher weight value indicates a stronger correlation to the outcome. 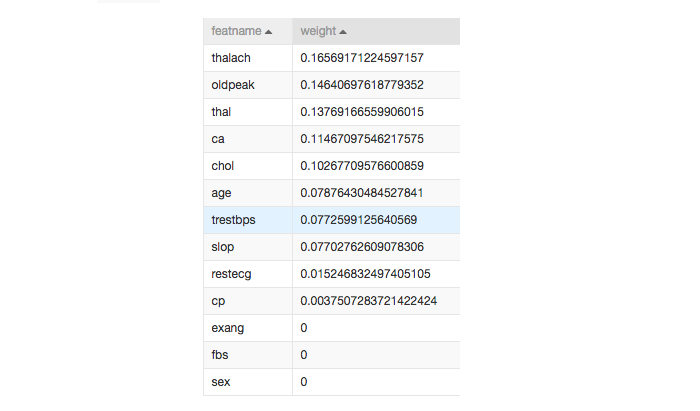 By using the weighted features provided above, we can achieve a heart disease prediction accuracy of greater than 80 percent. With further research, this model can be used to assist physicians in the prevention and treatment of heart disease.

With the prevalence of heart disease in the modern society, predicting such a disease would not only be a pioneering breakthrough but also be opening the floodgates to a variety of applications in predictive medicine.