20,327 0
Gaming on the cloud of course is one thing, but what we want to do is multiplayer VR gaming. Latency is therefore very important, and if your latency . 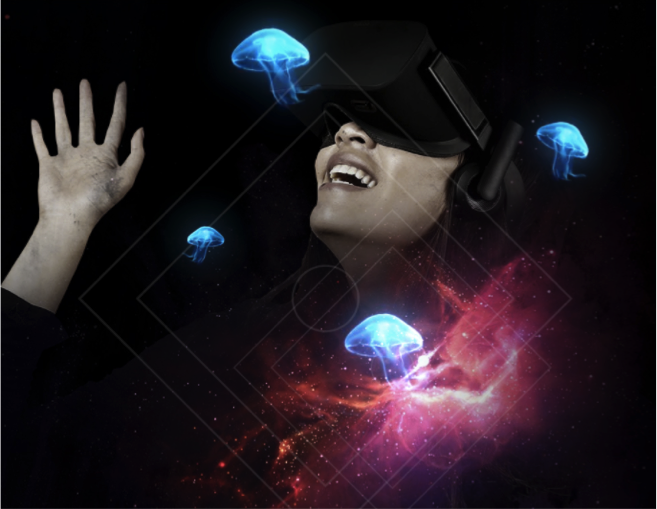 Imagine a multiplayer arcade in Hangzhou, Japan, Singapore and South Korea powered on the cloud, and best of all, available in VR！ This is the innovative new concept that Malaysian gaming startup DJM pitched at this year’s Create Alibaba Cloud Startup Competition (CACSC) held in Hangzhou.

We sat down with Founding Partner Kee Saik Meng during the 2016 Alibaba Cloud Computing Conference to learn more about DJM’s innovative new technology and how they are leading the industry in slashing latency and creating new player hardware for VR shooter games.

To kick-start the interview do you mind introducing DJM to our audience via a 60-second elevator pitch?

DJM is a VR (virtual reality) lab based in Malaysia, and we have been doing R&D into VR for two years already. The product we have now is quite unique. It is a free roaming wireless multiplayer VR game.

So if you have tried VR before, you will know most VR is wired, or if its wireless you won’t be able to move too far away from your initial starting point. But with our solution we offer a wireless VR integrated solution in a 10-by-10 meter environment. You can imagine a basketball court as the minimum size, but we can also do large spaces as well with 4-6 players. Inside the environment we can capture full body motion as the players move around in a virtual world to shoot their friends or monsters in the game. Inside the environment you can jump, you can squat, you can even military crawl style on the floor, except you can’t commando roll just yet!

DJM have been making waves in developing solutions for theme parks and department stores, do you mind telling us what projects and solutions you have been working on here?

We have a prototype now in our office and we’ve been getting lots of requests from theme parks, shopping centers and arcades looking into our VR solution. Theme parks and shopping centers are always looking for new content to bring in more traffic and VR is the next big thing. There are actually very few people who are offering VR gaming solutions for public spaces and we are only one of three companies in the world currently operating in this space.

In regards to solutions for theme parks and department stores, what offline and online infrastructure goes into setting up a playable environment?

In terms of offline space we are looking at a 10-by-10 meter environment to start an arcade but of course we can set up multiple rooms of 10-by-10 and a flagship store. For our flagship store model we include extra rooms, including a player gallery and a clothing store to sell merchandise.

In terms of infrastructure, right now the VR arcade can be stand-alone with its own internal server. But we have been talking to Alibaba Cloud, and that was our proposition that won us the contest in Singapore. Our pitch was: Imagine an arcade in Hangzhou, Japan, Singapore and Korea, and by putting it all on the cloud you play multiplayer live across all those regions.

There is then a big opportunity to build a fan base out of this, and we know Alibaba has been investing heavily in E-Sports as well. We are actually currently working with Alibaba Cloud in cloud technology and have already started some initial projects. We next want to take it all the way to a full multi-player system.

Going forward, which regions or countries will you be prioritizing as part of your business expansion?


The closest market for us is of course home, Malaysia and Singapore, but we have been talking to investors from all over the region including Japan, the U.S and China.

The first concept store we will probably build in Malaysia, Singapore or another city in Southeast Asia. But we can build it anywhere really. If a Japanese investor – and Japan has so many theme parks and arcades - comes along and is impressed with it then we can build it in Japan, or say China.

What major challenges do you foresee as you expand into other markets?

The first thing is the people running the operations in the Asia market. This has been the biggest challenge so far. We need to find really good people, especially on the tech side, and then build a tech team that really understands where we want to go, and who have the capabilities to build those products.

Then of course we need the cloud infrastructure where we can coordinate all the gaming content integration, the player integration and fan base management.

For your future expansion how important will cloud technology be to your growth and future success?

Cloud technology is really important, because this is where we can build a fan base, by getting people to play with each other in a multiplayer setting. From there we can also introduce levels, tournaments and leaderboards to increase the friendly gaming between the players and countries and host this on the cloud.

Would is be possible to do what you are doing without cloud technology?


It’s possible but it would be difficult. We look at ourselves as building the next generation VR arcade, where no matter where you are in the world, whether its China or Japan, you feel like you are playing with your friends right next you. Cloud therefore is crucial if we want to deploy globally.

What criteria do you use when selecting new cloud products for your operations?


Support is very important. Because what we are building is very new and hasn’t been done before. So we need constant support and constant discussion. In KL we have been working closely with the Alibaba Cloud team and telling them, “Hey these are tools and the product that we need to build it,” and working with them to find a solution.

Gaming on the cloud of course is one thing, but what we want to do is multiplayer VR gaming. Latency is therefore very important, and if your latency is not good, players will get dizzy and can’t enjoy the game. It will be really groundbreaking if and once we can achieve this new model of gaming

Do you have any future plans to expand into other realms, such as toys, media or merchandize?

Traditionally we’ve been a mobile games company. We have been building our IPs too, whereby when we reach a certain level of fans we turn the game into merchandise, including toys and animation content.

There are also other opportunities outside of gaming. Naturally the first application we are looking at is a game within an arcade scenario. But the next level will be to use the technology in military training and athletic training because we will have the technology to capture full body movements, hand coordination and speed, and then analyze it.

We also hope to patent some of the hardware that we our building ourselves once it becomes available. Currently, we are doing R&D on a full body vest with haptic feedback. In terms of wireless latency we are also looking at an algorithm to minimize that too.

How are you integrating AI in to your gaming solution/s?


As the game takes place in a virtual world we would like to integrate artificial intelligence into the game, and that guides you personally inside the game, such as saying to the player, “Hi, you are back” after it recognizes you.

But that will all come in the next phase. So right now we are in…phase zero…because we haven’t actually put the arcade out into the market yet. But once we have a minimal level fan base, we would like to integrate data mining regarding player capabilities, and encourage repeat players who can analyze how they are playing, including how fast are they moving, how accurate they are shooting and their playing strategy in the game.

Minimizing latency is very important for your solution. How are you going to deal with this particular technical challenge?


We have been benchmarking ourselves with the competition and we have found that currently most VR gaming companies out there are operating with 1.0 milliseconds of latency. However, we have actually got latency down to 0.8 milliseconds and we are already ahead of everyone else. We’ve found that people from China and Japan - who have been trying different VR gaming solutions - keep saying to us that you guys are so far ahead of everything else out there.

We have also found that for a VR game it is best to minimize player time to 20 minutes and minimize latency down to 0.8. This is because players are moving quite fast in the environment.

As we close our interview, is there anything else you would like to add or share with our audience regarding cloud technology or startups in general?

I think no matter what startup, you have to first be clear on what you want to build and how you will roll out your products. There are so many challenges that a startup has to go through, even after you first product launch. The challenge of scaling up, and getting investors through the various rounds, and each investor is looking for a different milestone and criteria. And of course be tough, be persistent and don’t give up.

Then you need decide whether you want to put your business on the cloud or not. I think not all businesses need to put their operations on the cloud. But I foresee that for businesses that need to scale, and especially those that want to scale globally in a fast manner, they should look at putting it on the cloud. https://www.youtube.com/watch?v=-YR1v48v98Q