How big data has the potential to save lives

25,644 1
Big data goes beyond enhancing a business to helping society at large. Researchers have made significant discoveries about leveraging big data to save lives in the not-so-distant future. 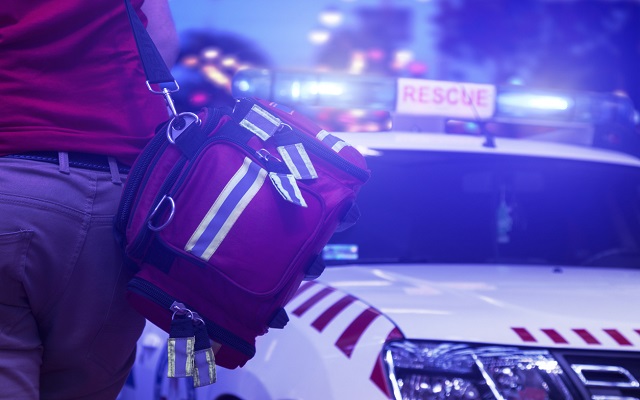 There's no doubt that in today's enterprise market, businesses with big data in their corner have a significant competitive advantage. From gaining insight into customers' preferences to optimizing production processes, there are several ways big data can add value to a business, and increase its efficiency and profitability.

That said, a far more exciting capability of big data goes beyond enhancing a business to helping society at large. In fact, it would not be a stretch to say that big data has the potential to save lives! While this potential has not been fully realized, researchers have made significant discoveries about leveraging big data to save lives in the not-so-distant future.

Reducing the damage caused by wildfires

Certain parts of the world which have dense forests are prone to wildfires when temperatures get very hot. These wildfires can proliferate very quickly, causing devastation to the local area and often spreading to people's property, resulting in fatalities. For example, a wildfire in Tennessee in December 2016 killed 14 people, injured 134 people and damaged almost 1,400 structures 1. Dr. Ilkay Altintas, who is the Chief Data Science Officer at the San Diego Supercomputer Center, is optimistic that big data analysis will help reduce the destruction caused by wildfires in the future 2.

In particular, she believes that analyzing data from numerous sources will help predict the onset of wildfires and the rate and speed at which they will spread, making it much easier to prevent or respond to the fires. Such information would include data from satellites and weather stations that provide details about temperature, humidity and air pressure in an area. Other data involved in the analysis would be fuel maps that provide information on the vegetation and other types of fuel that can intensify a wildfire. Even data uploaded to social media sites such as Twitter, including photos of an emerging fire, could be analyzed to calculate how the fire will behave and what emergency measures should be taken accordingly 3.

In 2016, approximately 600,000 people died from cancer in the United States 4. The high death toll is because cancer is usually diagnosed at a late stage, making it difficult to treat. Medical science also has yet to figure out all of the disease's complexities.

Cancer researchers feel that big data can help address both of these issues. Professor Harry Hemingway, a specialist in clinical epidemiology, argues that by analyzing the medical records of all patients who have been diagnosed with cancer at a late stage, patterns might be discovered of any common symptoms they may have developed earlier in their lives. This information could then be utilized to diagnose and treat cancer before it becomes untreatable 5.

Professor Mark Lawler, a cancer research expert, believes that by analyzing the genetic and clinical information of all cancer patients, researchers will be able to unravel the mysteries of the disease and render it less complex. They will subsequently be better able to produce more effective drugs and personalized treatments as a result 6.

Earthquake prediction is notoriously difficult. While the world's best scientists are able to identify regions which are prone to earthquakes, being able to pinpoint just when they will occur has eluded them. Thanks to big data, that might change.

Sophisticated satellites and ground-based instruments have enabled scientists to collect data on minute changes in the atmosphere in earthquake-prone areas, such as the release of energy or gases. Analyzing this data can reveal signs that an earthquake will occur in a particular timeframe, thereby allowing scientists to predict its occurrence with much greater accuracy 7. In fact, a company known as Terra Seismic claims to already be using big data analytics in the way described above to predict earthquakes with 90% accuracy. According to their CEO, "Thanks to our unparalleled satellite Big Data technology, in many cases we can forecast major (magnitude 6+) quakes from one to 30 days before they occur in all key seismic prone countries." 8

How AI can fight the phenomenon of fake news