Beyond Bitcoins - How Blockchain Technology Can Transform Businesses

19,068 0
In this blog, we will get familiar with the widely used bitcoins and blockchain technology, how they have evolved together to create a disruption in f... 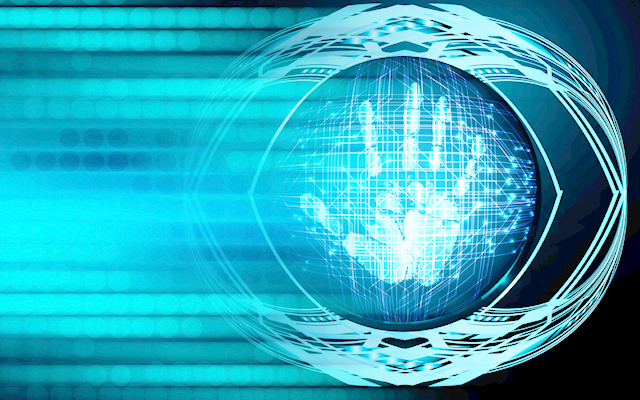 Blockchain - the technology behind the virtual currency bitcoin - might sound new to you today, but it has all the potential to transform your world once it is widely adopted.

Beyond Bitcoins - How Blockchain Technology Can Transform Businesses?

Blockchain - the technology behind the virtual currency bitcoin - might sound new to you today, but it has all the potential to transform your world once it is widely adopted.
In this blog, we will get familiar with the widely used bitcoins and blockchain technology, how they have evolved together to create a disruption in finance markets and the unanticipated impact of blockchain technology on businesses.

But wait, to start with, what are Bitcoins?

Bitcoins are digital currency created and held electronically. They serve as the backbone of digital value transfer. According to a public survey by one of the block explorer services, “There are over 10 million bitcoin wallets in the world.”

Bitcoin transaction system is like a "trustless" system that implements its own credit. It is not subject to any laws or regulations and is implemented through machine languages. Credit is insulated from user influences during system runtime and cannot be damaged.

Sounds amazing? Yes? Then, the technology behind it will blow your mind!

Blockchain - Technology[1] [2]  that Powers up the Ubiquitous Bitcoins

Blockchain is a distributed, decentralized database or data structure that makes it possible to create a digital collection of accounts and share it among a distributed network of computers. Information or records are stored in blocks and chained to the next one using cipher signatures. These blockchains have full copies on each of the nodes in the system, and all the information is timestamped and traceable.

Thanks to the Internet, the blockchain system is easy to use and can now cover every corner of the world.

DACT refers to the four major elements of the blockchain concept:

1.   Decentralization of Blockchain: Refers to the fact that the nodes on the entire system are equivalent, and every node can join or leave freely without any impact on the system operation.

2..   Autonomous (No need for Management Organizations): All nodes follow a standard rule and reach a consensus.

3.   Contractual (No third-party arbitration needed): All transactions and processes in the system observe a certain rule or contract.

4.   Trackable: All transactions are traceable and irreversible.

Let’s look at the benefits of Blockchain:

The following benefits make blockchain-based systems stand out from other similar systems:

Blockchain nodes are available around the globe through open source communities to ensure independent execution efficiency. This is due to the distributed design of the system that means applications don't need to connect to all the nodes, but to the nearest node to obtain required information.

Blockchain nodes don’t allow any data tampering as any addition of transaction information requires system consensus. Furthermore, blockchain-based systems have strict permission settings. After a protocol is written into code, the encrypted data of the system is made accessible to only a few users with appropriate permissions. Even nodes participating in system operation cannot access the data, which ensures maximum security in blockchain-based systems.

3)Open and Transparent
Changes to public blockchains can be publicly viewed by all parties to ensure transparency. In fact, once data is stored in the blockchain system, all transactions are traceable with complete copies of timestamped transactions available on each node in the system. This ensures no loss or incorrect transaction results.

4)Immutability
All transactions are immutable, which means they cannot be altered or deleted.

While blockchain technology application is best known in the financial services world, it can be used in other industries as well to enable faster transactions that would be impossible otherwise. It is believed that all transactions that require authenticity identification, multiple-party involvement, source tracing, and compliance must adopt well-known term of art - ‘smart contract’.

2.Exclude possibility of unexpected situations, whether malicious or unintentional

Szabo believes that through cryptology protocol and digital safety technology, smart contract can be effectively implemented on the Internet to reduce fraud and lower arbitration and transaction costs.

If you want to utilize the cryptography principle and electronic contract to protect data from third-party tampering in a blockchain system, it will require smart contract.
All transactions that require authenticity identification, multiple-party involvement, source tracing, and compliance must adopt smart contract to maintain reliability and ensure the security of data. Smart contract is entirely based on blockchain technology.

Blockchain technology has the capability to optimize global infrastructure and efficiently deal with issues when compared with current systems.

It can bridge the gap between borders with shared ledgers of transactions and goods. It can be used to develop a new bond trading system or to provide common platforms for deposits across multiple banks. In fact, World Economic Forum estimates that ‘80 percent of banks are actively working on blockchain projects’.

Blockchain can even be used to increase efficiency in the process of buying a house by simplifying multiple processes related to banks, attorneys, title companies, insurers, regulators, tax agencies, and inspectors.

It is already being used by a ride-sharing app, allowing drivers and customers to connect without the need for a third-party ride-sharing company.

The Economic Times predicts, “Blockchain technology is one of the crucial technologies that can even boost replacements of bank staff and intermediaries of financial transaction system by robots in the near future.”

Is your company also utilizing blockchain technology? Share your experiences with us and let the world know!